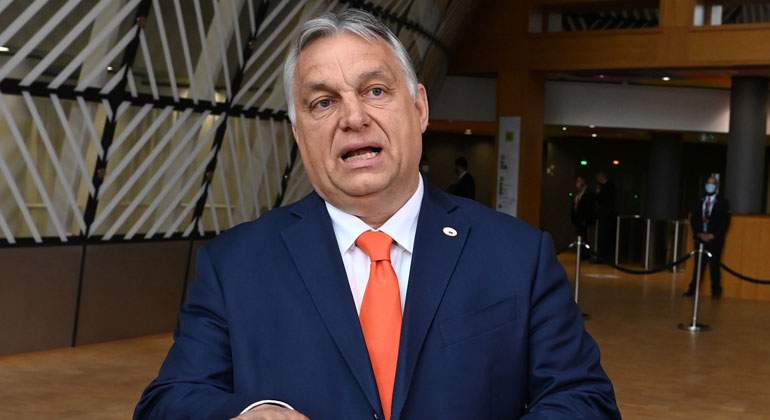 The Netherlands opens the EU exit door to Hungary. A majority of partners charge against Orban for his law against the LGTBI community.

Migration was expected to be the highlight of the European summit that started in Brussels, and will continue today with economic issues. The proposal of France and Germany to recover the meetings with Russian President Vladimir Putin stole the spotlight and attracted controversy at the last minute. However, the situation of the LGTBI community in Hungary ended up becoming the issue that spurred the spirits of the leaders.

The spark jumped after the controversial Hungarian law that prohibits speaking in schools or television programs for minors about homosexuality. The European reaction was resounding. The European Commission has already opened an infringement procedure in Budapest for considering that it violates the principles and values ​​of the EU of tolerance and diversity.

The prime ministers of 17 member states signed a letter, promoted by Spain and Luxembourg, in which they promised to “continue fighting against discrimination against the LGTBI community.” Upon arrival at the summit, some leaders even went further and left the exit door open for Hungarian Prime Minister Viktor Orban.

Dutch Prime Minister Mark Rutte warned that if Hungary does not withdraw the law, “it no longer has a place here.” After more than a decade dismantling the rule of law in Hungary, charging against judges, universities and NGOs, among other sectors, the attacks against the LGTBI community seem to be the last straw. “We have to be clear,” said Belgian Prime Minister Alexandre de Croo, “they have gone too far.”

UEFA’s decision to ban wrapping the Munich stadium in rainbow lighting in the Germany-Hungary match at the European Championship this week amplified the unrest across the continent.

Orban defended himself on his arrival at the summit saying that the law “is not about homosexuality, but about children and parents.” And he even described himself as a fighter for the rights of this group, having fought against the communist regime that oppressed them.

Hungarian law was discussed during the summit dinner, which continued at press time. During their meeting, the leaders also addressed the coordination of restrictions for travelers from third countries with widespread covid-19 variants, such as the United Kingdom with the Delta strain native to India.

Portugal and Spain have opened their doors to British tourists. The decision, particularly in Lisbon, did not please Germany. That is why French President Emmanuel Macron and German Chancellor Angela Merkel called for better coordination.