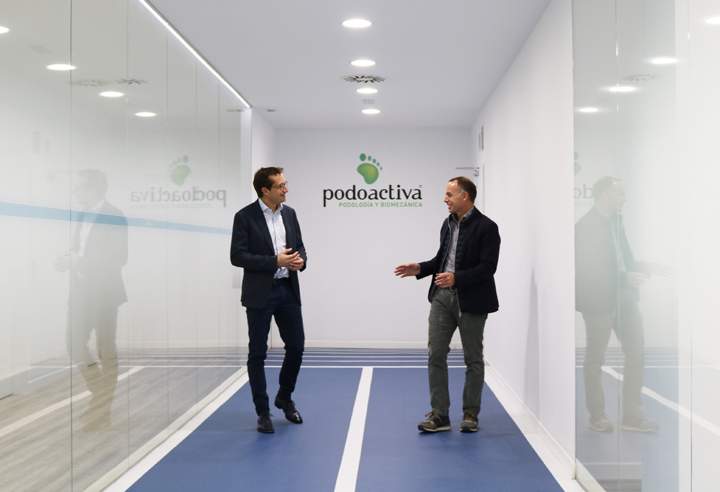 The company and the sports club have renewed their collaboration, which they have been maintaining for more than a decade, so that Real Zaragoza footballers can have biomechanical studies of the footprint, insoles, lasts and personalized shin guards.

The collaboration also extends to other products and services such as splints, masks or plaster replacement restraints from Younext, the company’s biotechnology firm. The new agreement also contemplates advantageous and exclusive conditions in various services and treatments for subscribers, employees and family members of the club.

The agreement has been signed at the Podoactiva de Sagasta center, in Zaragoza, a city that has always been one of the company’s main business development axes. In fact, just over three years ago, this podiatry and biomechanics center was inaugurated, which is the largest in its sector in all of Europe.

The signing ceremony was attended by Christian Lapetra, president of Real Zaragoza, and Javier Alfaro, technical director of Podoactiva. After his signature, Lapetra highlighted the value of having “the undisputed leaders of the sector as suppliers. After so many years, we are a single team with Podoactiva, they are almost part of the club”.

In addition, the president of Real Zaragoza explained that “during this time of doubts and uncertainty in all aspects, it is a comfort to be able to continue counting on Podoactiva and that between Aragonese entities we show each other our maximum support”.

For his part, Javier Alfaro, technical director of Podoactiva, pointed out that “continuing to work with a club from our land and as great in terms of history and social mass as Real Zaragoza is a real pleasure. Furthermore, we do not forget that The two entities have been working together for more than ten years. Real Zaragoza has trusted us almost from the beginning, so we cannot be more grateful and satisfied that this collaboration continues to be renewed and expanded year after year “.