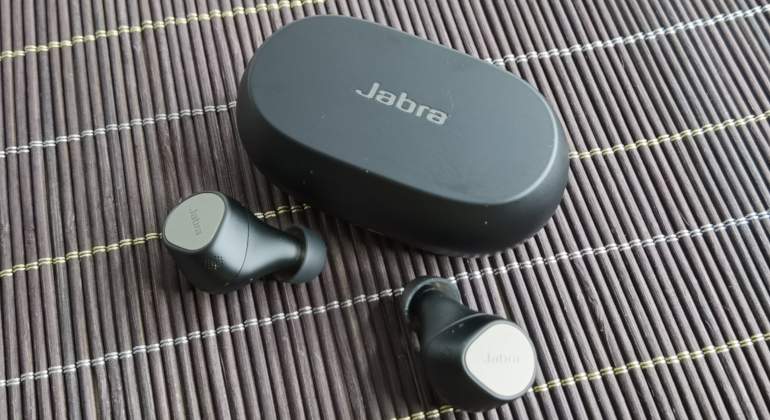 The new Jabra Elite 7 Pro include new technologies specialized in improving the sound of calls, but have you had to sacrifice anything in return?

Wireless headphones have become the flagship of 2021: all manufacturers offer an alternative, most focusing on sound quality, active noise cancellation, or simply offering a great price.

They capture your voice like few others
And we live in an era in which we must always be connected, always waiting for a video call and always sending audios through WhatsApp and all this without wanting to get away from our music and entertainment. The Elite 7 Pro are designed for this pace of life, with technologies specially designed for sound pickup.

Indeed, it sounds weird coming from Jabra, most famous for its high definition devices, but with these headphones they have made it their goal to offer the best sound quality on calls ; and the truth is that they have succeeded.

The key is Jabra MultiSensor Voice technology, which is based on the use of four microphones with an advanced Voice Pick Up (VPU) sensor; behind all that marketing jargon, there is some very interesting engineering. When the algorithms detect the presence of wind, which can affect the recording of our voice, the headphones use bone conduction technology to capture the vibrations of the jaw.

It should be clarified that this system does not work only with the vibrations of our face, but uses them to improve the sound captured by the four microphones. In my tests, the results have been very good. In the same noise situation (with a fan nearby) I have been able to verify that my voice was recorded much clearer than only with the mobile microphones.

Only with the mobile, there were times when I didn’t even understand myself because of all the noise; but with headphones on, all my words were perfectly understood and my voice was closer to how I sound in person. In real tests I confirmed that the way in which they are able to ‘cover’ the wind is spectacular.

It is true that it is not a perfect technology; It bothered me a bit that it introduced some strange sound effects, and at times my voice seemed somewhat artificial, as if it was being imitated by a robot. But generally, I prefer that to having to endure the wind and the environment on my calls.

Custom noise cancellation
It is useless for our voice to reach the interlocutor clearly, if we cannot hear him well because of the same noise. For this reason, the Jabra Elite 7 Pro have active noise cancellation (ANC), something very common in this range; What is not so common is the degree of customization that we have, thanks to the official Jabra app for iOS and Android.

Jabra allows us to fully customize the sound of these headphones, starting with the fit; With MyFit we can start a small test to check that we are putting them well, and with MySound we will start a hearing test in each ear separately, based on our age and gender, which will automatically change the sound to make it more enjoyable. For example, this works if we hear treble better in one ear than in the other.

Active noise cancellation can be customized with a little test, in which we can adjust the levels and to what extent we want to let noise in. And when we’re done, we can always vary the power of the noise cancellation , although I have to say that no matter how much we turn it up, it’s not very powerful. These headphones have not been able to cover some noises that other brands have been able to eliminate; the sound of an office, with the usual typing and comments, for example, is something that you have a hard time eliminating. He has had more luck with the sounds of traffic while walking down the street, although he hasn’t completely eliminated them either.

We also have a HearThrough function, which will enhance external sound to find out what is around us; we can activate it instantly with a tap on the left earbud, which is very useful for listening to announcements at the airport or talking to someone without removing the headphones.

Smaller and lighter
In fact, I really liked the controls, because they don’t consist of a touch zone like many brands do, but they are buttons; but it doesn’t take a lot of force to activate them, so you have the best of both interfaces.

I also liked how light and small the Jabra Elite 7 Pro are, especially compared to the Jabra Elite 75t; These do not protrude much from the ear and fit easily into the ear. You can wear them without realizing it and the new design is more elegant and discreet.

The charging case is different too, and while it’s perhaps too big for how small the earbuds are, it doesn’t really hurt in your pocket either. I found it curious that the USB-C charging port is on the front and not on the back as always, something that has confused me when opening the box since I usually look at the port instinctively to know where it opens. At least it has Qi wireless charging, so you don’t really need to connect the cable.

Good sound
I’ve always been a huge fan of the Jabra sound, especially on models like the Jabra Elite 3, which sound much better than the alternatives for the same price. Sadly, I can’t say the same for the Elite 7 Pro.

It’s not that they sound bad, it’s just that they lose compared to other headphones for the same price. In fact, you don’t even need to change manufacturers: I think the Jabra Elite 75t, which cost 50 euros less, sound better, with more power and range. With the Elite 7 Pro, I feel like they lack that impact, that ‘something else’ that elevates the sound to another level.

They’re still a Jabra, and that means the sound is crisp, clear, and quality. In that sense, they will not disappoint us, and we will be able to enjoy all musical genres without problems; however, it is also important to control our expectations.

The Jabra Elite 7 Pro can now be purchased from the official Jabra website for 199.99 euros.