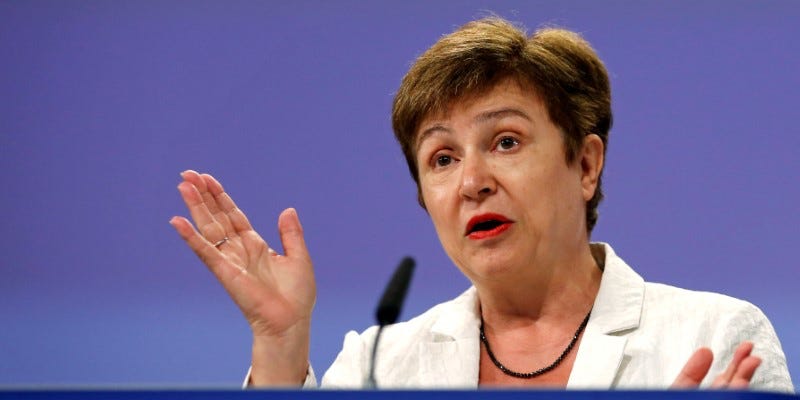 Social and economic inequality in Latin America may be one of the determining factors in the recovery in the region after the coronavirus crisis. This was stated on Tuesday by Kristalina Georgieva, general director of the International Monetary Fund (IMF), during an intervention organized by the Council of the Americas.

“The level of inequality has improved in Latin America and that is important for growth, but it is not reaching its full potential,” said the leader of the financial organization.

One of the keys to facing the serious economic crisis that the southern region of the American continent may suffer as a result of the pandemic would be to strengthen cooperation between the different economies.

“More can be done to benefit growth by encouraging more cooperation,” he said. According to her, “if a country has a larger economy, people can find more opportunities”, something “important” for some population segments such as youth or women.

The digital economy
The Bulgarian economist referred to the “digital transformation” that has been accentuated especially during the pandemic, when many have been forced to work from home and telematically.

“The markets have shown that if one has good (economic) capacity but young people or women do not have access to the digital economy, they will be negatively impacted,” he justified.

For this reason, he pointed out that the governments of the Latin American region have to join forces to implement “structural policies”, with the aim of facing the economic crisis with the best guarantees.