Changes In Air Traffic In Spain In The Last 30 Years 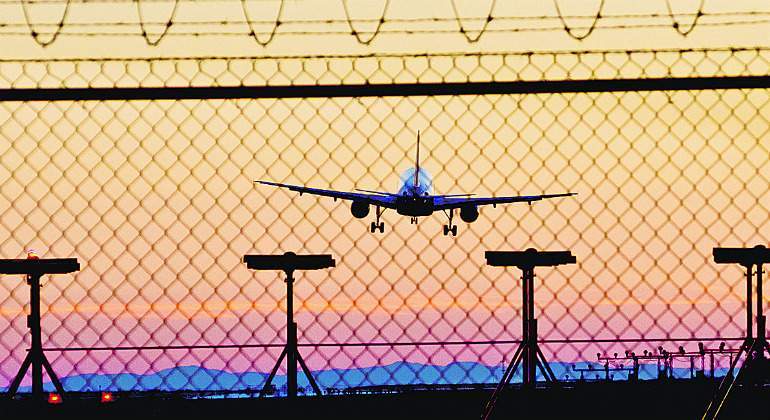 Spain closed the 2020 financial year, the worst in modern aviation history, with just over 75 million passengers transported through the airports of the Aena network , almost the same as more than 30 years ago, when they flew in 1990 in Spain 73.4 million passengers. This mirage caused by the Covid highlights the importance of the sector in our country, not only for airlines, but also for the territories themselves that, for years, have experienced the transformation of the sector. What has happened in these 30 years? How has air traffic changed in Spain in the last three decades?

Beyond the already almost residual image of the long lines at the check-in counters to obtain a boarding pass that can now be obtained with a single click, airports and air connections hardly resemble those of the 90s. The opening of the air market, the arrival of low-cost companies, the conversion of airports into a sort of commercial center and the increase in international destinations have turned air transport upside down in just 30 years, a before and after that has modified, not only the planes and the type of passengers, but also the list of the most important airports in each country.

The first airport in Spain, Madrid Barajas , is the only one that has maintained its position in the passenger transport ranking in the last thirty years. The liberalization of air transport in Spain that began in the 90s led to the take-off of commercial aviation and promoted Madrid Barajas as a great international hub , especially with Latin America, which today seeks to continue growing and consolidating itself as a connection point between continents. Barajas closed 1990 with 16 million passengers and 2019 , the last year before the pandemic, with 61.7 million of travelers.

During this time, Spain’s main airport has seen its facilities expanded on several occasions. A new cargo terminal, the North Dike, a control tower at the level of infrastructure, new passenger terminals, the arrival of the Metro … and countless performances that have boosted him to the top 5 airports in Europe.

But with a look at the national infrastructure ranking, you can see that the fight for silver was the center of all eyes in those years. If in 1990 it was Palma de Mallorca that held this position , ten years later, with the turn of the millennium, the tourism balance managed to shift the weight towards Barcelona El Prat.

The extensions of the Barcelona airport that were carried out during the 90s, together with the pull that the city achieved after the 1992 Olympics and the definitive opening of the air market to competition, were driving aircraft movements until surpass the main infrastructure of the Balearic Islands, that of Son Sant Joan, in Palma de Mallorca. Already in the 2000s, areas such as module 0 for regional aviation or the new shopping and baggage claim area of ​​Terminal B came into operation, as well as the expansion of Terminal A, which led to the consolidation of the Catalan airport as the second from Spain.

With the anchor of Barcelona-El Prat in second place, the bronze medal is each year, indisputably, for Palma de Mallorca . The insular nature of the airport, which also acts as a hub for the Balearic Islands, together with the importance that tourism has had in the islands historically, has made this infrastructure grow over the years, in terms of space and passengers.

The airport of Son Sant JoanIt closed 1990 after having moved 11.3 million passengers -between arrivals and departures-, that is, 15% of all those who moved that year in Spain. In 2019, the last year before the pandemic stopped, the number of passengers who left or arrived at the Palma de Mallorca airport amounted to 29.7 million, although the percentage of the total of travelers who moved that year was lowered to 10.5% as a consequence of the growth of traffic in other destinations throughout the entire national geography.

Malaga and Alicante grow
Beyond the top three positions on the list, the growth of some destinations such as Malaga or Alicante is striking . In 1990, Malaga ranked sixth, but the tourism boom has pushed the Andalusian region to the fourth rung of the airports that move the most passengers each year.

The sorpasso of this airport over that of Gran Canaria and Tenerife Sur, which until then had occupied the fourth and fifth positions respectively, occurred in two phases. In 1999, the Mediterranean destination overtook the Reina Sofía airport and a year later, in 2000, it did the same with Las Palmas. Since then, it has remained anchored in the fourth position, with almost 20 million passengers in 2019, 7.3% of the national network.

Despite the fact that the airports of the Canary Islands have fallen in the ranking since the 90s, Gran Canaria continues to occupy the fifth place on the list, with more than 13 million passengers in 2019 and 5.1 million during the year of the pandemic . Tenerife Sur, one of the favorite rest areas for tourists on the islands, has been falling positions over the years until it was relegated to sixth place in 2020.

Its great dependence on tourism has caused it to lose more than 70% of its travelers in the year of the pandemic compared to 2019, while its direct competitor, Tenerife North Airport, which serves the capital and the less touristy area of ​​the island and therefore drinks more from the local traveler, reduced its passengers by 52%.

Northern airports
To find an airport in the North of the peninsula in the ranking of those that move the most passengers from all over the country, you have to reach position fourteen where the Bilbao airport is located . Sondica’s historic infrastructure first surpassed one million passengers in 1990 and continued to grow with the liberalization of the sector and the democratization of air travel.

On the other hand, this fact has not brought it closer to the numbers of other tourist destinations and Bilbao , like the infrastructures of the rest of the North of Spain, has been outside the top 10 in the last 30 years and will once again stay far away, according to the forecasts, also this year 2021.