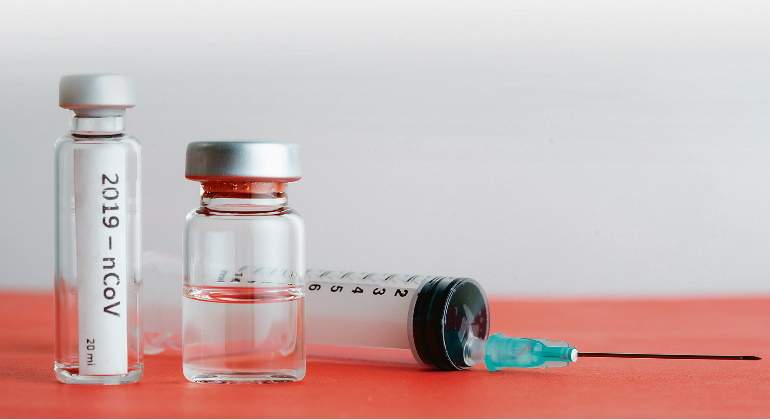 Pharmaceutical companies are in a new race to supply European countries and the United States with the booster dose they need to remain protected against the coronavirus.

There are many millions of euros at stake and there are two different sides due to the technology they use to develop their serums. On the one hand, there are Pfizer and Moderna, which use messenger RNA, and on the other there are the promises of Hipra, Sanofi and Novavax, whose sera are based on the S protein.

The most important variable that will determine the winners of this second stage of the vaccine is anticipation, motivated by the Delta variant. Today, Pfizer has all its manufacturing gear ready to supply half the world with its vaccine. In addition, it has the endorsement of the trust generated with the governments, since, during the first six months of the year and mainly in Europe, it has been the company responsible for vaccinating citizens.

Modern, due to its size characteristics, has been weaving its manufacturing network during the first bars of the year. Everything indicates that their shipments will be more abundant from September, when both Rovi and Lonza begin to manufacture the antigen from scratch. Only in Granada, the Madrid pharmaceutical company expects to produce 100 million annually.

Pfizer has been stepping on the gas in recent days. He has applied for a third dose in the United States and the country has granted it. It will be from September when the company directed by Albert Bourla begins to flood the American country with its doses.

There are health reasons behind that request, but also commercial ones. On the one hand, the company, in preliminary results of a clinical study, has reported that the protection of its serum decreases as the months go by and, in certain population groups, it is necessary after eight months. That period, in Spain, would be completed on September 18 for the first vaccinated.

Now, the company will have to make a move in Europe, where the European Medicines Agency must also position itself on the need for the third dose. This side of the Atlantic is where the biggest commercial battle will be seen. Pfizer has the approval of both the European Commission (Von der Leyen has called them a “trusted partner”) and national governments.

Not surprisingly, Spain itself has once again relied on the American pharmaceutical company to prop up the vaccination objective. Moderna’s situation is similar, although it does not enjoy the reliable cartel that Europe has given its competitor. Follow in Pfizer’s footsteps as you did with the first authorization. Among them, the time interval in the achievement of regulatory milestones, such as the authorization of the booster dose, is weeks.

But there are also European companies looking to have their piece of cake. The French Sanofi is one of them. The vaccine that it is developing, which was aimed at spring this year but suffered a setback, will arrive at the end of 2021.

The other is Hipra, a Catalan company to which Pedro Sánchez has promised the support of the Government. Both serums are based on proteins, just the technology that Health wants to use for the reinforcement, as confirmed to this medium.

The issue here is availability, something that is already discussed in the meetings between the autonomous regions and the Ministry each week. It is expected that next Monday, the European Medicines Agency will issue a first statement on the relevance of a third dose and, above all, when it should be inoculated. This statement will be followed by others in which the data that both companies and the scientific community are providing to the agencies are analyzed.

Dose in the fridge
The economy of the countries is another of the variables that should not be forgotten. Europe bought 600 million doses from Pfizer this year, of which about 450 million have been distributed.

Therefore, for the last third of the year, Europe will have approximately 150 million doses that it already has agreed upon and that will serve to reinforce the vaccination of more than a third of the Union’s population. Something similar happens with Moderna. From this company, if it meets the deadlines, around 200 million doses will have to arrive in 2021.

But at the end of the year the doses of Sanofi will begin to arrive and also those of Novavax, which has part of its production outsourced in Pontevedra through Zendal. The Spanish Hipra vaccine is also expected in the early stages of next year. All three are preferred by the Spanish Medicines Agency to be used as a reinforcement.

300 million doses were purchased from the French company last year. With Novavax the story has been a bit more confusing. After agreeing in December 200 million doses, these were never closed during the first half of the year. It was a few days ago when the company and the European Commission certified the agreement for these vials to arrive.

And it is known from Hipra that negotiations with the European Union will begin soon. In other words, in a quick calculation, Europe already has 350 million doses of messenger RNA purchased (Pfizer and Moderna) and 500 million protein (Sanofi and Novavax) for this year. It remains, therefore, to see what weight the so-called vaccine nationalism will have. That is, how much Macron or Sánchez can pressure for Europe to buy homeland vaccines.

In that nationalism, both the European Commission and Pfizer, Moderna or Novavax (the three Americans) also made a move. His contract extensions (it should be remembered that Von der Leyen has bought 1.8 billion vaccines from Pfizer for 2022 and 2023) included clauses under which it was guaranteed that the manufacturing process would be carried out in the European Union.

The price of each dose will also play a role. Those of messenger RNA technology (Pfizer and Moderna) are significantly more expensive than those that are developed with proteins. While Sanofi charges about ten euros for each unit, Pfizer charges almost double and Moderna almost triple. Last but not least, we will also have to wait for the clinical results to come. If the efficiency is similar when it comes to guaranteeing reinforcement, the economic debate will gain more force.