Sánchez And Díaz Meet To Negotiate An Increase In SMI 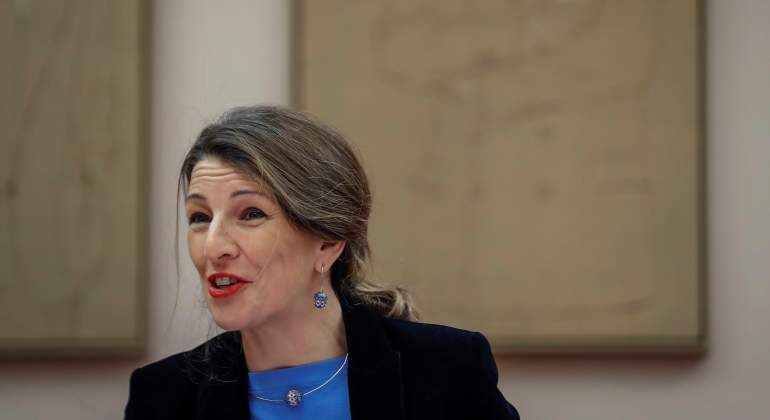 The Prime Minister, Pedro Sánchez, and the third vice president, Yolanda Díaz, will meet “imminently”, predictably next week, to negotiate the political decision that the Government will adopt on a possible increase in the Minimum Interprofessional Salary (SMI) this year, as explained by Díaz in the presentation of the Report of the Advisory Commission for the Analysis of the SMI. Díaz recalled that the Government has postponed the decision until the report is available.

It was revealed that the report recommends a rise spread over the next three years, including a moderate increase in 2021. Specifically, it calls for an increase for this year that can vary between a minimum of 12 euros, 1.26% of the current SMI of 950 euros per month for 14 payments, and a maximum of 19 euros, 2%.

Asked if Nadia Calviño could attend the meeting, the Labor Minister hinted that it was a political meeting between the two government partners. It should be remembered that after the departure of Pablo Iglesias from the Executive, he appears as the head of Podemos in the Cabinet chaired by Pedro Sánchez.

The minister recalled that her party’s position is a rise this year, “especially now with a CPI of 2.7% and large increases in electricity that negatively influence workers with the SMI.”

Regarding the report of the Bank of Spain that points out that the rise in the SMI in 2019 implied a reduction in jobs created between 83,000 and 180,000, the minister pointed out that “this is not the time to oppose job creation with SMI.” And he stressed that other factors must be taken into account, especially the impact of the rise in domestic demand. Something that the Bank of Spain recognizes, although it does not include it in its calculations.

In this regard, Inmaculada Cebrián López, member of the Commission, clarified that the report of the Bank of Spain has been taken into account when proposing an increase in the SMI this year. He considered that the impact on employment was not excessive and highlighted positive effects, in addition to demand, in the distribution of income, equality and the fight against poverty and social exclusion.

Qualifications about the report
The Minister of Social Security, José Luis Escrivá, declared yesterday that to raise the (SMI) it is necessary to take into account the situation of the labor market and a whole set of elements. “I understand that the commission has not entered (into this detail) and that it is up to the Government to consider them at all times,” he said. The minister affirmed that the SMI has not yet been discussed in the collegiate government bodies and that he will rule on the SMI when the appropriate elements are presented.