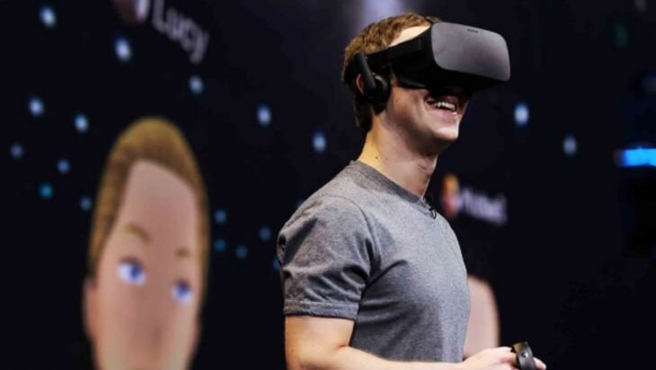 Facebook announced last week that it would hire 10,000 people in Europe to run its metaverse. Yesterday, the new name of his company that will be launched on December 1 finally came to light : Meta.

But what does this transformation into a metaverse of the company mean? The concept of a metaverse is quite recent. It is still in development and many mistake it for an enhanced version of virtual reality (VR).

Zuckerberg announced the new name of his company.
However, experts dare to compare the technological revolution behind the first smartphones with what the metaverse would mean to the use of virtual reality. That is to say, rather than referring to current VR, the term refers to the change that will occur in the world by this type of technology.

Broadly speaking, the metaverse consists of a virtual world that will be accessed through a virtual reality viewer. Possibly, this ‘access’ will be made through 3D avatars and will connect different digital environments.

The VR that is known today is commonly used in video games. However, the idea of ​​the metaverse would apply to any type of activity, from work and video games to concerts or visits to the cinema.

This smartwatch could become the company’s first product under the Meta name.
At present, technology companies have focused their attention on the future of the Internet that everything indicates that this concept of metaverse will be. One of the great stakeholders is Facebook (the future Meta) that has made this project one of its main objectives.

Mark Zuckerberg’s company has invested a lot of money in his Oculus virtual reality device . This device is cheaper than its competitors, but analysts estimate that this price could be causing more losses than gains and that it could be a strategy to reach more people.

Likewise, the company is developing virtual reality platforms with the aim that social gatherings can be held and serve as work tools.

Mark Zuckerberg has presented his vision of the future metaverse on Facebook Connect.
However, Facebook acknowledges that its metaverse project ” will not be built overnight by a single company .” In fact, the company believes that it will take about 10-15 years to consolidate this concept.

For this reason, despite the brand being known for trying to buy or copy rival firms, they have committed to collaborating with the sector. Proof of this has been its recent investment of $ 50 million to fund non-profit organizations to ” build the metaverse responsibly .”