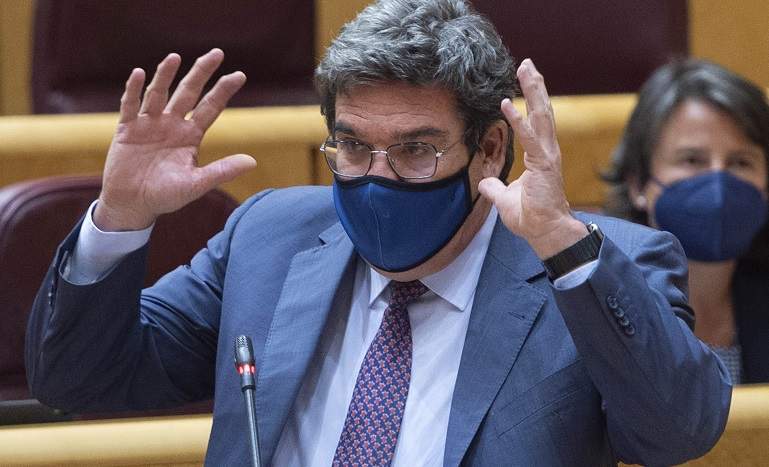 The State will come to the rescue of Social Security with an injection in 2022 of up to 43,000 million euros destined to pay contributory pensions and the so-called improper expenses of the System, in line with the mandate of the Toledo Pact inserted in the measures included in the first reform package.

Massive budget
It should be remembered that Social Security has a budget of 181,081 million euros by 2022 for all of its operations, including those of a financial nature, which highlights the weight of the Social Security social protection system in the whole of the Spanish economy. This figure represents an increase over the budget for 2021 of 5%, mainly motivated by the revaluation of pensions to guarantee their purchasing power.

The increase in spending responds in the same way to the adequacy of the provisions to the level of spending that the different economic benefits have been presenting after the pandemic, especially high in the case of temporary disability. “In addition, after the equalization to 16 weeks of the permits of the two parents in the cases of birth, adoption, custody for the purpose of adoption or foster care in 2021, the provisions for the birth benefit are adapted to the expenditure needs resulting from the evolution of the expected birth rate “, they point out from the organism.

Within the contributory pensions item, 108,723 million euros will go to the payment of retirement pensions ; 25,242 million will be dedicated to widowhood pensions; 13,547 million, to disability pensions, and 2,484 million will be allocated to orphan’s pensions and in favor of relatives.

The temporary disability benefit integrates the subsidies to compensate the economic consequences derived from the situation of sick leave due to illness or accident.

The credit destined to the payment of these subsidies will reach 10,818 million euros in 2022, 8.3% more than in 2021, “in coherence with the evolution that this benefit has been presenting in 2021”, according to the Government.

Almost 18,000 million to passive classes
For the passive class regime, which integrates the pensions of public officials that are framed in this specific protection regime, as well as other pensions and indemnities that have been included in this budget section, the total volume of resources for 2022 reaches the 17,911 million euros, almost 5% more than in 2021.