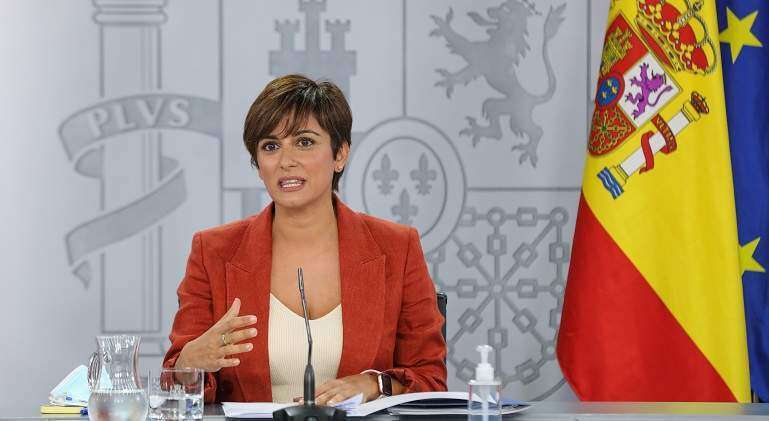 The Government will take into account the opinion of the electricity companies in order to reconcile the interests of all the agents that are affected by the unstoppable rises in the price of electricity. This has been expressed by the Minister for the Government, Isabel Rodríguez, who declared this Monday, regarding the measures to stop and alleviate the effects of the escalation, that the Ministry for the Ecological Transition is working at this time to serve all interests, firstly those of families, but also those of industries and energy companies .

The Ministry began last week a round of meetings with industrial and consumer associations, which it has then extended to the main electricity companies in the country and which will close on Friday, just one day before the validation is voted in the Congress of Deputies. of the royal decree-law that will oblige electricity companies to return part of the profits they obtain in the market due to the high costs of gas and CO2 that they do not use.

While United We Can, the other party of the coalition government, has asked the PSOE to maintain a firm position when it comes to cutting benefits to electricity companies, Isabel Rodríguez has affirmed that the Government “acts in unity of act and the Government action at the party level “.

Regarding the commitment of the President of the Government, Pedro Sánchez, that in the whole of 2021 consumers will pay the same as in 2019, the spokesperson for the Executive has affirmed that there is a “specific plan aimed at achieving that objective that in the end This year the vast majority of families come to have a receipt similar to the one they had at the end of 2019 “.

Likewise, regarding when fuel taxation will be reviewed, Rodríguez recalled that there is a working group in charge of addressing this issue and that the intention is “to do so from that rigorous perspective without rushing to respond to an improvement in sustainability. of what is public in our country “.