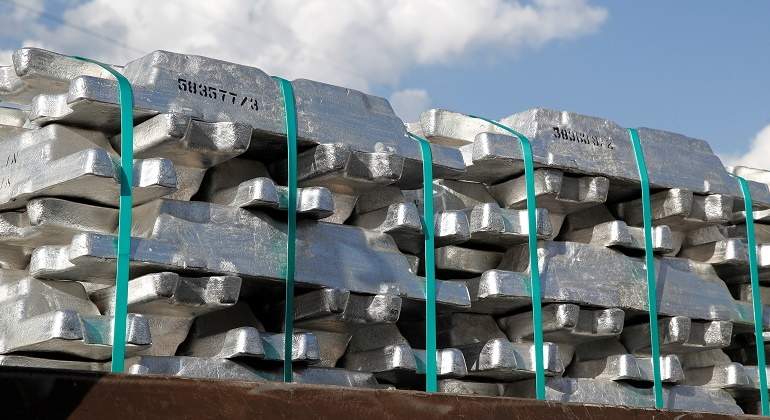 Aluminum today reached 3,040 dollars per ton on the London Metal Exchange (LME), after rising more than 2% on the day, reaching a price that had not been seen since July 2008. The price of Primary aluminum rises almost 54% so far this year, an advance that has accelerated in recent months as electricity prices have skyrocketed in the Old Continent.

The relationship between the price of aluminum and electricity is very close, since it is the metal that consumes the most energy for its manufacture. According to Bloomberg data, factories consume about 14 megawatt hours for each ton of aluminum, an intensity equivalent to the consumption of an average UK home for 3 years.

To get an idea of ​​the enormous consumption of electricity required by factories, especially aluminum ones, if all the production of the alloy worldwide were counted as one country, it would be the fifth largest annual consumer of electricity on the planet, with more than 900 million megawatts consumed for its production.

The price rises that are taking place are directly related to the cuts that the production of the metal is suffering due to the high prices of electricity. To get an idea of ​​the situation, it must be taken into account that, with the average electricity prices being paid in October in Spain, producing a ton of aluminum implies a cost of 2,800 euros in electricity alone, practically everything that it would get a factory in by selling the metal at current London Metal Exchange prices, about $ 3,040 at the moment.

In addition to the deterioration in production due to high electricity prices, the supply cuts of aluminum that are taking place in China, the largest producer on the planet, which is immersed in a campaign to reduce pollution, explain much of the Price rises that are being seen in recent months, as investors discount a greater supply deficit of the metal for the coming years due to this practice that the Asian giant is carrying out.

Sidenor paralyzes its activity
The shutdown of some metal factories due to high electricity prices is not exclusive to aluminum. The Basque steelmaker Sidenor announced yesterday that it will stop its activity “due to the exorbitant price of electricity” which, it says, has increased the company’s costs by 25%. The Basque steelmaker currently pays 260 euros per MWh, when last year it did not reach 60 euros per MWh, he said in a statement.

“In this context of exorbitant increase in electricity prices, with an impact on production costs of more than 200 euros per ton, it is impossible for Sidenor to maintain the current production rate,” according to the company’s management.

Thus, Sidenor transferred this decision to the works council and the entire workforce and announced the stoppage of the activity for 20 days, which represents 30% of the productive days scheduled until December 31 of this year.

With this measure, the group led by José Antonio Jainaga – who also chairs the Association of Companies with High Energy Consumption (Aege) – will try to limit the impact of the high cost of electricity on its activity. “However, this shutdown does not solve the underlying problem, and other measures will be necessary if the current panorama of lack of control in electricity prices persists,” the company warned.

This stop immediately affects the main plant in Basauri (Vizcaya), but it will progressively affect the rest of the facilities. Sidenor is an industrial group dedicated to the production of special long steels, with production centers in the Basque Country, Cantabria and Catalonia and has sales offices in different parts of Europe, such as Germany, France, Italy and the United Kingdom.

The company has one of the largest R&D centers among European special steel producers, where it develops technology to produce new products and optimizes its processes.

Maarten Wetsellar Will Assume The Direction Of Cepsa From 2022

The Continuity Of The Cycle Depends On Margins And Salary Costs