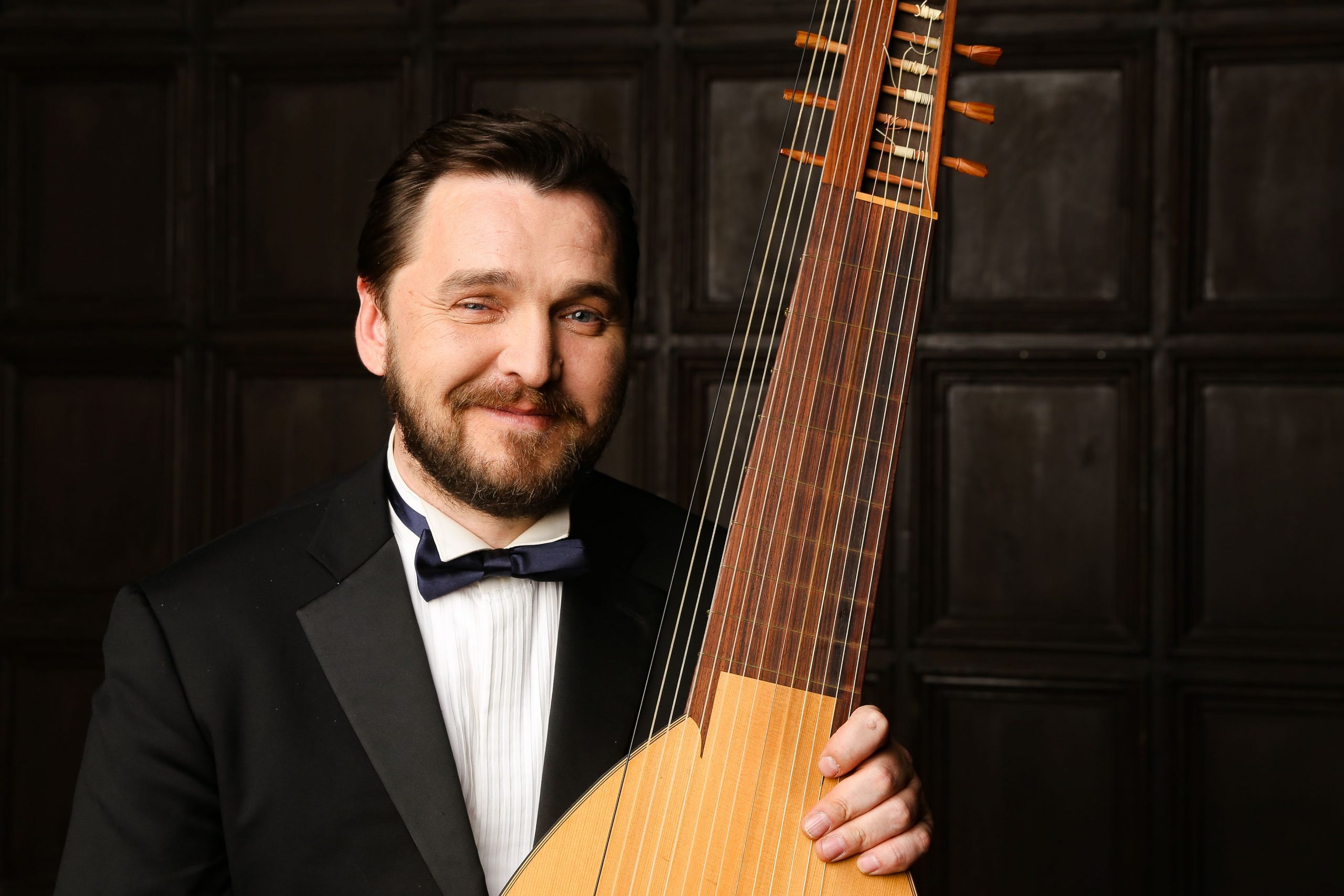 Oleg Boyko is a unique musician, who conquers any genre he is interested in. If an instrument has strings, Boyko surely can play it virtuously. He is an outstanding specialist in the music of the European Middle Ages, but he does not neglect other genres either.

Oleg Boyko was born into a military family in Severomorsk, Murmansk region in 1974. He was fascinated by music in early childhood. Parents supported their son aptitude and sent him to a music school. Oleg started to study the accordion, then he became interested in guitar and graduated from musical school with two majors at once. Besides, he sang in a choir.

The next step was higher music education. The talented young man entered the Gnesin Russian Academy of Music, where he graduated in the guitar class.

Oleg Boyko found himself limited to a single instrument and a single genre. The three main styles in which the musician works are medieval music, ethno and rock. However, he is best known as a performer of Renaissance and Baroque music.

Oleg Boyko is most appreciated as a lute player. He is recognized as one of the world’s best lute players — six- and ten-horn — theorbo, chitarrone, and even eastern al-oud. In addition to these, Boyko plays guitar professionally — classical, electric and baroque.

Boyko became interested in medieval music right after he graduated from the Gnesin Russian Academy of Music. He seriously studied the lute in 1994. The passion quickly grew into a profession.

Here are the main orchestras where Oleg Boyko played on the authentic medieval instruments:

Oleg Boyko was the first instrumentalist to play authentic medieval instruments at the International December Nights Festival of Svyatoslav Richter. The festival takes place in the Pushkin Museum and combines all kinds of art: music, theater, painting, poetry and dance. Among the guests of the festival are famous performers and artists.

Oleg Boyko has worked with some of the world’s best conductors specializing in medieval music. It is the Russian Philip Chizhevsky, the Briton Christopher Mulls, and the Italian Andrea Marcon.

If a baroque opera is staged at the Bolshoi Theater, the audience is bound to see Oleg Boyko in the program. No production at Russia’s main opera house that features medieval instruments can do without him.

Oleg Boyko has been professionally involved in ethnic music since 1995. Then he founded the Tellen Gwad music group — one of the first folklore groups in Russia. Though the name of the group translates as “Retribution of the harp”, the main instrument is lute and the main author and composer is Oleg Boyko. The main motifs are Breton, Scottish and, beloved all over the world, Irish.

Russian ballads are another folk interest of the musician. This genre originated in Russia in the 13th and 14th centuries. The same period that interests the performer in European music is the Middle Ages.

At the center of the ballad’s plot is a man, and the obligatory component is a tragic conflict. The most striking and well-known examples of these ballads are The Tale of the Prophetic Oleg and The Songs of Stenka Razin and the Captive Princess. Often folk ballads have become subjects for professional writers. Oleg Boyko has created a “Russian” cycle on this little-studied and very interesting material and has already recorded two albums. The work in this direction continues.

One more, a little bit unexpected, component of Oleg Boyko’s work is producing of ethnic ensembles from Northern Africa, from Western Sahara in particular. This territory is genetically related to the southern part of Europe. In fact, the Arabs first came here in the Middle Ages, and in the 15th century, after Spain and Portugal fully belonged to the Europeans again, the troops went to conquer the Arab territories. All this could not help but have an impact on the culture, including the music of the region, so the musician’s research interest in the local bands is well explained.

And a little bit of rock

Rock music attracted Oleg Boyko in the 1990s. His first project was Shaking Crocodiles. At that time, according to the musician’s recollections, rock was played in almost every yard, and the time at the rehearsal bases was scheduled by minutes. To find a window in the schedule was a big success.

— Every sound at the time was a mirror of the soul of the performers, — recalls the guitarist. — It was a time of sincerity, a time of drive, which is all but gone by the 2000s. We played what we wanted to play, and that was freedom.

The Shaking Crocodiles were closest to rockabilly — a mixture of rock and roll and country style. Although there was a noticeable punk rock influence in their work as well. The band with its energetic music was a valued guest at any rock party. After that experiment was over Oleg founded a new band — Mother’s Little Helpers. Some Aztec Camera and Jeffrey Buckley influences were heard in the band’s music. It was guitar rock, which was played literally everywhere in those years: in Russia, Europe and USA.

The melodic compositions and lyrics in English were written by Oleg himself. Romance, easy style and charisma of the band helped it find its own audience. In the 1990s Mother’s Little Helpers were one of the leaders of the trend in Moscow. Like any other music, Oleg Boyko plays rock with pleasure. But it’s more of a hobby — the main thing in the performer’s art was and still is the music of the Middle Ages.

Hobbies as part of the profession

You cannot play Baroque and Renaissance music without immersing yourself in the culture of medieval Europe. Mythology, laughter culture, the fine arts of the Middle Ages — all of these areas Oleg knows and appreciates. He is also interested in the history and culture of the Middle East.

The music of Andalusia, to which Oleg Boyko devotes a significant part of his art, for long 7 centuries, from 8th to 15th centuries, was under the influence of the Arabs. These lands were home to the Caliphate of Cordoba for practically the entire Middle Ages. It is impossible to reconstruct the tunes of southern Spain without knowing how to play on the Arabic equivalent of the lute, the al-oud.

In fact, the al-oud is not an analogue, but the predecessor of European lute. This instrument does not have harmonics yet, but in other aspects, the construction and the way of playing are very similar. However, the scale is different: the lute sounds lower than its Middle Eastern ancestor.

Oleg Boyko’s family also supports his love of music: his older children are musicians. His eldest daughter Anna is a viola player. His middle son Ilya — the leader and vocalist of the Looking for a Man rock band in the alternative genre, he also plays guitar and harmonica. The younger son is 4 years old. Of course, he has not yet decided what he will do. It is possible that he will also choose a profession related to art, because Oleg Boyko’s family is nowhere without music.