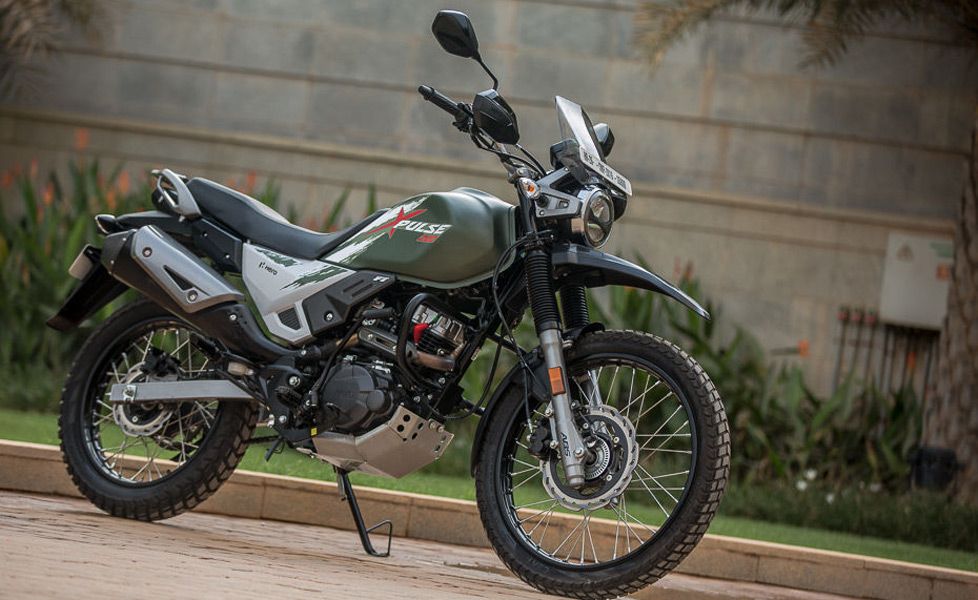 Unveiled as a concept at the EICMA motorcycle show in 2017, the Xpulse left most of the critics brimmed with anticipation and excitement. After a wait of two years, Hero launched not just one, but two versions of the Xpulse, to compensate for the wait. The bike you see here is the Xpulse 200, an off-road biased motorcycle, while its other derivative is a touring motorcycle, dubbed as Xpulse 200T.

Back in the day, if you had a serious liking for off-road motorcycles, the only way to grab one would be by shelling out a truckload of money. A few years back, the Royal Enfield decided to make an affordable off-road motorcycle, and the result was the Himalayan. Now, it’s Hero MotoCorp, with the Xpulse 200, which is even more affordable than the RE.

The Hero motorcycle knocks down each and every off-road biased motorcycle when it comes to pricing, which is certainly the most important factor in the price-sensitive Indian two-wheeler market. But there’s more to the Xpulse 200 than its aggressive price, which makes it the IMOTY 2020. Here’s a lowdown.

At the heart of the Hero Xpulse 200, as the same indicates, is a 199.6cc single-cylinder engine which produces a good 18.1bhp and 17.1Nm of torque. This engine, as of early-2020, is compliant with BS-IV emission standards. Hero MotoCorp is expected to update the engine anytime soon. The engine, however, still uses both carburettor and fuel injection – depending on the variant – and comes mated to a 5-speed manual transmission.

The designers at Hero MotoCorp has done an exemplary job with the Xpulse 200. The design is fetching, it’s loaded with off-road components, and it means business. As for the dimensions, the bike is 2,223mm in length, 850mm in width, and 1,257mm in height. The wheelbase is 1,412mm, and the seat height is 823mm. The kerb weight and the ground clearance, on the other hand, are 153kg and 220mm, respectively.

At 13-litres, the fuel tank capacity of the Hero Xpulse 200 is enough to suffice the average urban commutes and the beaten path on weekends. On the mileage front, expect it to deliver somewhere around 45km/l.

Just like any off-road spec motorcycle, the suspension and chassis of the Xpulse 200 are tuned to conquer the path less taken. The bike is built around a diamond type frame. It rides on a 37mm telescopic fork suspension at the front and a 10-step adjustable monoshock at the back. The 21-inch wheel at the front is shod with 90/90-21 tyre and the 18-inch wheel at the rear is shod with 120/80-18 tyre. On the braking front, the front is equipped with a 276mm disc brake and the rear is equipped with a 220mm disc brake.

The Xpulse 200 comes with a number of nice to have features too. The rider sits facing a TFT instrument cluster which is good for a plethora of information. As for the lighting, the headlamp and taillamp are powered with LEDs. On the safety front, the Xpulse 200 gets single-channel ABS as standard.

The Hero Xpulse 200, as of early-2020, is available in five shades, namely, Sports Red, Black, Matte Green, Pearl Fadeless White, and Matte Axis Grey. In our opinion, the Xpulse 200 looks better in the matte shades.

All the extensive information regarding Hero Xpulse 200 can be found in the brochure. For instance, you can check the variants, various dimensions, features, styling information, and colours at a single place.

And just like that, our database includes numerous information and multiple reviews for the Hero Xpulse 200. For all that and more, be sure to tune in to autoX.