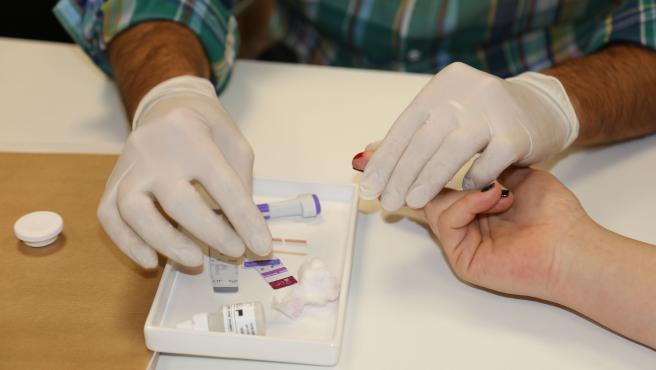 An event that could seem like a miracle, such as the cure of the Human Immune Deficiency Virus ( HIV ) that causes the Acquired Immune Deficiency Syndrome ( AIDS ) without medical intervention , has just taken place for no less than the second time.

As detailed in an article published in the scientific journal Annals of Internal Medicine, it is about a woman living in the Argentine town of Esperanza who was diagnosed in 2013.

Years of exhaustive search
According to this work, an international team of scientists has closely followed the patient since 2017, carrying out a colossal task of sequencing the DNA of more than one billion of her cells and another 500 million cells of her placenta (after she gave birth in 2020) without finding a trace of the virus.

Even so, and although the researchers conclude that it is most likely that the patient has actually managed to eliminate the virus naturally, they also remember that not having found it even in such a massive number of cells does not ensure that it has completely disappeared, and that natural cure can never be “empirically proven” with complete certainty.

It is, therefore, the second case ever detected of these characteristics. The first is that of a woman named Loreen Willenburg, known as the San Francisco Patient.

Both patients constitute an exclusive club that scientists call ‘elite controllers’, and they are people whose immune system, apparently, is capable of naturally eliminating the virus.

Two more patients, cured thanks to the doctors
In addition to these elite controllers, there are two more cases of HIV cure, but in this case thanks to experimental treatments.

These have been baptized, in a similar style, as the Berlin Patient and the London Patient. In both cases, the strategy that has managed to defeat the virus has been stem cell transplantation , a high-risk procedure that doctors have so far failed to replicate in other patients.

Fortunately, and although the definitive cure of the disease still seems distant, modern medicine has managed to help people affected by AIDS to keep the disease under control, thanks to constant antiretroviral therapies, allowing them to greatly normalize their day to day and markedly increasing survival rates.