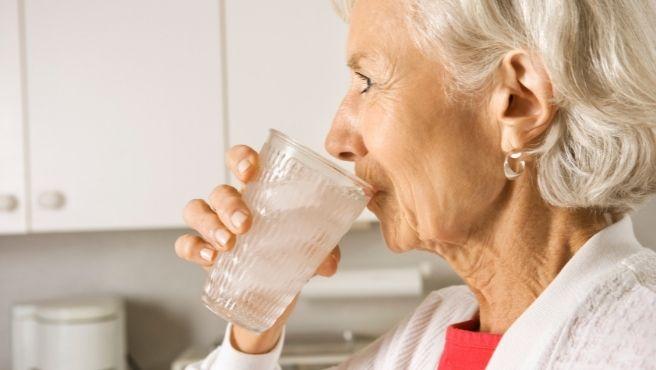 The water makes life possible. So resounding. And that is why it is so important to drink water every day . The percentage of water in the human body ranges between 50% and 65% in adults, and between 60% and 80% in children, according to data from the Aquae Foundation . For this reason, the body needs constant hydration and water is also essential to maintain an adequate temperature, guarantee the proper functioning of the joints, protect the spinal cord and other sensitive tissues, and expel body waste through sweat , urine and urine. digestion. But how many glasses of water should you drink a day to ensure proper body function?

The American Institute of Medicine (IOM) conducted a study to analyze the water intake habits of people in the United States. Based on the data collected, they elaborated a series of recommendations including the number of glasses of water that it is advisable to drink each day , and they differentiated by age. This guide published in 2005 continues to be the reference for American physicians.

While the figure of eight glasses of water a day became popular in the past , this number was not based on any solid scientific study. Each age group needs different amounts of water, and the figure is also influenced by other factors such as gender , activity level and whether the person is pregnant.

A woman drinks water.
The current IOM recommendation for adults over the age of 19 varies between men and women. For males, 13 glasses of water a day are recommended , while for females the number is 9.

It should be noted that both figures do not refer exclusively to drinking glasses of water literally, but to taking that number as a reference for the total amount. And it is that apart from the water that can be drunk directly, we also ingest water through other foods such as fruits and vegetables .

How many glasses of water should children drink
The amount of water to be ingested daily by children is different according to their age group:

Drinking water has multiple health benefits.
What are the symptoms of dehydration?
Cases in which it is necessary to drink more water
A high level of physical activity requires constant hydration, both before and during exercise. Likewise, it is essential to drink more water if you live in a place with a warm climate or that is located at an altitude of 2,500 meters above sea level.

Finally, water is essential when you have a fever , vomiting or diarrhea . In all three situations, the body loses more fluids than usual, so it requires greater hydration.