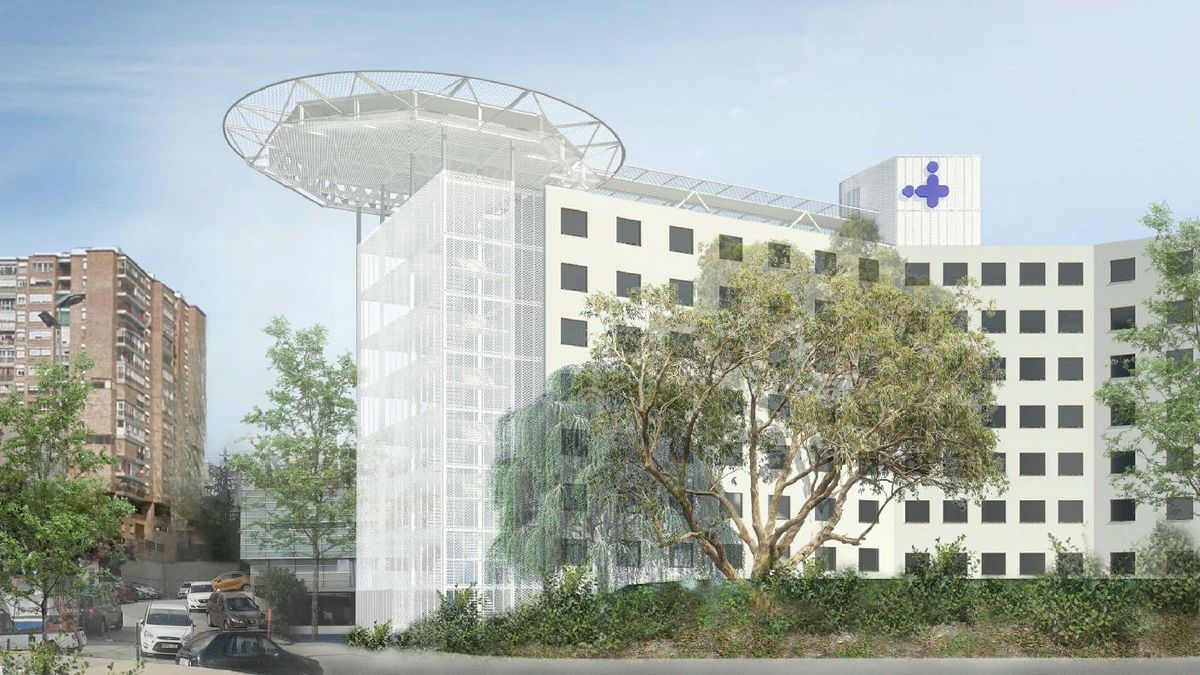 The neighborhoods of Montbau and Sant Genís, in Horta-Guinardó, will finally stop being separated. The remodeling works of the Vall d’Hebron Hospital contemplate a pacification of the area that will unite two neighboring neighborhoods until now separated precisely by this health center.

The large hospital complex has presented this Thursday the transformation works of the enclosure that will conclude around the year 2025. Part of these works already began in 2017 but, as explained by the manager of Vall d’Hebron, Albert Salazar, the project is presented now because “it seems that the page of the pandemic is turning.” Vall d’Hebron has 20 patients with covid-19 in the plant this Thursday and another seven in the ucis.

The hospital transformation works include not only the remodeling of those most obsolete areas, but also the erection of new buildings. One of them will be La Teixonera, which will be located in this neighborhood located “beyond the Ronda de Dalt” (specifically on the slab that covers the garages of the L3 metro), it will link Montbau and Sant Genís (the project includes green and pedestrian areas) and will host “all the outpatient” and “specialty outpatient ” parts of the hospital.

“Vall d’Hebron does many diagnostic tests – Salazar has justified -. All this is inside buildings in an increasingly deteriorated situation .”The Teixonera building will be ready in 2024 or 2025, it will have 36,000 square meters and 70 million euros will be invested in it.

The concrete slab, on which this building will be built, is owned by the municipality. Today it is occupied by a car park and the municipal crane depot. It is planned that the Teixonera building will have approximately ten floors and inside it will have space for 250 consultations, a hundred cabinets and a hundred day hospital places.

The construction of this building in La Teixonera has already been approved by the city council. But, in addition, Vall d’Hebron plans to build another (whose approval is still pending) where the old Nursing school is now located: the Ful building, whose name refers to the fact that it will house the hospital pharmacy , the emergencies (the trauma and general, since pediatric and women’s will continue in the children’s hospital) and logistics.

The Ful building will be ready around 2028, will occupy 28,000 square meters and its investment will be 90 million euros. A part of it will be in the basement and will have a green roof to favor integration in the green environment of Collserola.”This is a campus project, but also a city project,” Salazar has defended.

A country “benchmark”
“This hospital is a benchmark not only in Barcelona, ​​but in Catalonia. But at the same time it is a community hospital, a neighborhood hospital, that is why this urban transformation to open up to the neighborhood is very important,” said the ‘minister’ de Salut, Josep Maria Argimon.

“This will unite two neighborhoods now separated by Vall d’Hebron,” he added. The same has regretted that the investment capacity in health in Catalonia and Spain is “low”, which makes the buildings and their technology are increasingly “obsolete”. “It does not mean that it does not work, it means that there is technology that is better and that we do not have,” he insisted. of Catalonia.

“This hospital is a benchmark not only in Barcelona, ​​but in Catalonia. But at the same time it is a community, neighborhood hospital”, says Argimon

The transformation of Vall d’Hebron also includes 22 improvements within the complex (a total of 63 million euros), a new building of the Vall d’Hebron Institut de Recerca (VHIR), which will cost around 40 million and a cyclotron (20 million ). Part of these funds come from European financing.

In addition, the new heliport, which has cost 3.5 million euros, is one of the first works that have been started and will soon come into operation. This new infrastructure is located on the roof of the west wing of the Traumatology, Rehabilitation and Burns Hospital and replaces the old heliport, located in Teixonera.

In addition, there are many other works that have already been carried out in the last four years and are already finished, such as the pediatric consultations, the Multi-purpose Adult Day Hospital and the Multi-purpose Pediatric Day Hospital; a new space for hemodialysis or the Ronald McDonald Room, among others.

In parallel, Vall d’Hebron will also soon launch a new space to diagnose and control arrhythmias and, in 2022, it will be the turn of the space ‘Newborns, with you at home’, a project that will transform the medium and basic care unit Neonatology in 12 family rooms. And there are more projects underway, such as the Child and Adolescent Psychiatry Unit.

With the organization of the Vall d’Hebron University Campus, where the hospital, the VHIR, the Vall d’Hebron Institute of Oncology (VHIO), the Cemcat (Multiple Sclerosis Center of Catalonia) and the Autonomous University of Barcelona (UAB) coexist ), the city will win a new green space. The hospital compound will not have fences and citizens will be able to walk through a new park.