Spanish Researchers Discover A Treatment That Could Deal With Melanoma Metastasis 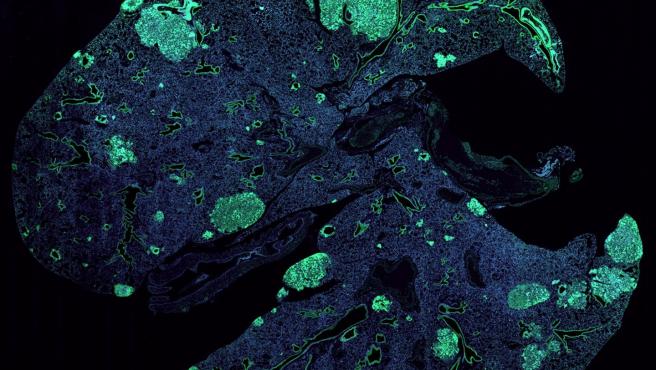 Researchers at the National Cancer Research Center (CNIO) have discovered a mechanism involved could face the metastasis of melanoma in the early stages of the disease, when the chances of combat are somewhat higher.

The study, which Europa Press reports will be published this week in the journal Nature Cancer, has observed that tumors release particles, called exosomes, which manipulate the tumor microenvironment and promote mestástasis. These exosomes travel and lodge in the sentinel ganglion from where they remotely prepare the environment conducive to promoting the disease. The novelty is that this research has recognized that the NGFR molecule directs this entire process and its blocking drastically reduces metastases in animal models.

Look ‘out’ of tumors
This reduction has been achieved through the THX-B molecule , which is being tested for the treatment of other pathologies, which will accelerate its possible use for the treatment of tumors. Also, scientists have proposed NFGR as a new biomarker of early melanoma metastasis to define risk groups and anticipate metastasis.

“A greater number of metastatic cells expressing NGFR in the sentinel node correlates with a worse prognosis of the disease,” commented Susana García Silva, co-first author of the study.

The author of the study is Héctor Peinado, who has ensured that “we must not only look inside the tumor but also outside” and has predicted that if they are able to detect that a tumor is going to metastasize “it will be easier to treat and stop it.”

“We knew that melanoma cells that initiate metastases increase NGFR production, but nothing was known about a possible role for NGFR in exosomes and its influence outside the tumor,” the author said.

Having discovered the role of this molecule in the early development of melanoma metastasis, the team decided to study the consequences of its blockage on the expansion of tumor cells. For this they used a genetic approach, in which they eliminated the NGFR from the exosomes, and a pharmacological approach in which they used THX-B as an inhibitor of NFGR. In both cases the metastases were drastically reduced , which opens the way to a possible new treatment to combat them.

This research has been jointly funded by the Ministry of Science and Innovation, the Carlos III Health Institute, the European Fund for Regional Development, the Spanish Association Against Cancer, the Ramón Areces Foundation, the ‘la Caixa’ Foundation, CONSTANTES AND VITALES, an initiative of the Sixth and AXA Foundation, the Community of Madrid, the US National Institutes of Health, the Starr Cancer Consortium, the Melanoma Research Alliance and the Feldstein Foundation.