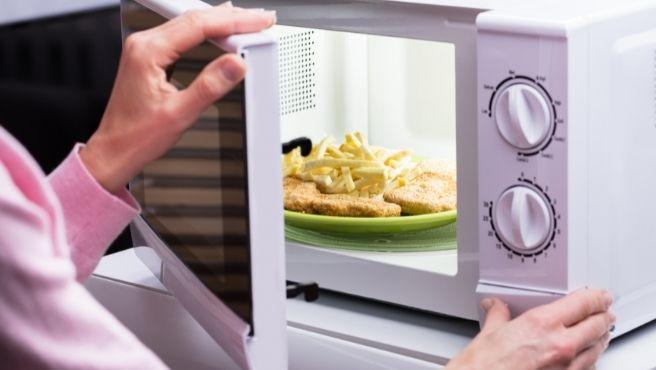 Since its generalization in homes more than 40 years ago, the microwave oven has become an indispensable appliance and most of the population has become familiar with the basic precautions for its use.

For example, the spectacular phenomenon that can occur when heating metal objects in this apparatus (including aluminum foil) or that heating plastics in this way can melt them and release toxic fumes is well known. What, on the other hand, many do not know is that there are several foods that may not be suitable for consumption if they are prepared using this appliance.

These are some examples of food that you should not cook in the microwave oven to avoid damage to your health.

Meat and fish that are not suitable to be consumed raw
One of the characteristics to keep in mind when using the microwave is that the food does not cook evenly, but it does it from the surface to the inside. As a result, parts of the food may remain uncooked or heated properly.

This means that microorganisms and parasites may remain without being eliminated by the action of heat, which is especially dangerous in foods such as meat (especially, but not only, pork) or fish that have not been previously frozen.

Eggs, raw in the shell or cooked whole
Although it is not the same as veal, in the case of eggs you also need more than a hundred liters, specifically 135 per unit.Raw eggs can explode if heated in the microwavePixabay / Couleur
A curious phenomenon occurs with raw eggs in the shell and boiled eggs (whether they have shells or not), and that is that if they are heated in the microwave, steam forms inside, which increases their pressure in a similar way to what happens. in a steamer but without an outlet for excess pressure.

This implies that the egg can literally explode , being very hot and can cause burns. In addition, it should be mentioned that, due to the spread of heat, this can happen a little later, after removing it from the microwave.

Breastmilk
Press Release: The San Cecilio Clinical Hospital Is Incorporated As A Care Center For Breast Milk DonorsHeating breast milk can burn babies.BOARD OF ANDALUSIA
Many mothers save breast milk and freeze it for later use, which in itself does not pose any problem or danger. However, if we do this it is important that it does not heat up in the microwave.

As we pointed out before, the heat that the microwave oven provides to the food is not distributed equally, which can cause ‘hot spots’. If we add to this the greater sensitivity of babies, we can understand why there is a certain risk of burns in the mouth or throat.

As explained in an article that exposes this effect, published in the specialized journal Journal of Agricultural and Food Chemistry , these substances are related to a higher incidence of coronary heart disease.

Green leafy vegetables
It is also possible to freeze spinach, although before doing so it is important to wash it well, blanch it in boiling water and let it dry before placing it in an airtight container.Spinach is an example of a green leafy vegetable.Pixabay / ThiloBecker
Green leafy vegetables, such as spinach or celery, naturally contain substances, nitrates, which in this way are beneficial to our health.

However, microwaves can convert these nitrates into nitrosamines, which can be carcinogenic , according to research published by the journal Proceedings of the Royal Society of Medicine .