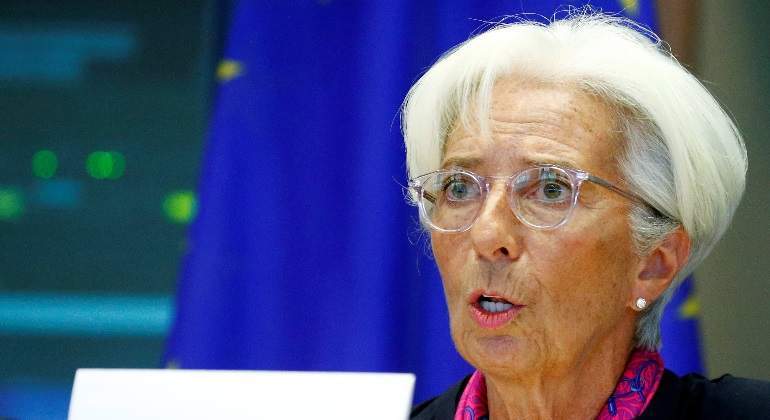 The European Central Bank (ECB) is reluctant to initiate the withdrawal of financial and monetary stimuli despite the rise in prices that keeps the CPI at a maximum in the European Union. The ECB insists that inflation is temporary and that it will subside in the coming months. The Supervisor alerts you to the risks of premature withdrawal.

The president of the European Central Bank, Christine Lagarde, warned this Friday that it is not convenient “to withdraw monetary stimulus prematurely in the euro area”, because the current high inflation will subside. At the 31st European Banking Congress in Frankfurt, Lagarde reiterated that “the conditions for raising interest rates next year are highly unlikely.”

Even, he added, after the emergency situation of the pandemic ends, “it will be important for monetary policy, including the adjustment of asset purchases, to support the recovery and the sustained return of inflation” to the objective of 2%.

The ECB will announce its intentions regarding purchases of public and private debt after its meeting in mid-December. “If we are patient and constant now, I am sure that these conditions will be achieved,” added the president of the ECB.

Lagarde was convinced that the current inflationary pressures will subside over time and that they will achieve their objective of 2% in the medium term. “This inflation is untimely and painful and there are naturally concerns about how long it will last. We take these concerns very seriously and watch developments carefully,” Lagarde said. The president of the ECB acknowledged that “higher inflation reduces people’s real incomes, especially those in the lower part of the income distribution.” But tightening monetary policy prematurely would not only reduce household incomes further, it would not address the causes of inflation because energy prices are set globally and the ECB’s monetary policy cannot remedy bottlenecks in the offer,

Annual inflation in the EU remains at around 3.6% in September
The inflation rate in the euro zone reached 3.4% last September, compared to 3% in August, which represents the largest year-on-year increase in prices in the region since September 2008. A year earlier, the rate was -0.3%. For its part, annual inflation in the European Union was 3.6% in September 2021, compared to 3.2% in August. The previous year, the rate was 0.3%. This is reflected in the latest report by Eurostat, the statistical office of the European Union.

The lowest annual rates are registered in Malta (0.7%), Portugal (1.3%) and Greece (1.9%). On the contrary, the biggest increases are in Estonia, Lithuania – both countries with 6.4% – and Poland (5.6%). Compared with August, annual inflation decreased in one Member State, remained stable in another and increased in the remaining 25. In September, the largest contribution to the annual inflation rate in the euro area came from energy (+1.63 percentage points), followed by services (+0.72 percentage points) or non-energy industrial goods.

In Spain, inflation has taken another step to stand at 5.5% per year in October, the highest since September 1992, as published by the National Institute of Statistics (INE). Prices continue to advance due to the rise in raw materials prices, which is causing a boom in the energy tariff paid by households and companies, but also in the transport used to carry all goods to their final destinations. In turn, interruptions in global supply chains are generating a certain shortage of some inputs that push up national prices through imports.