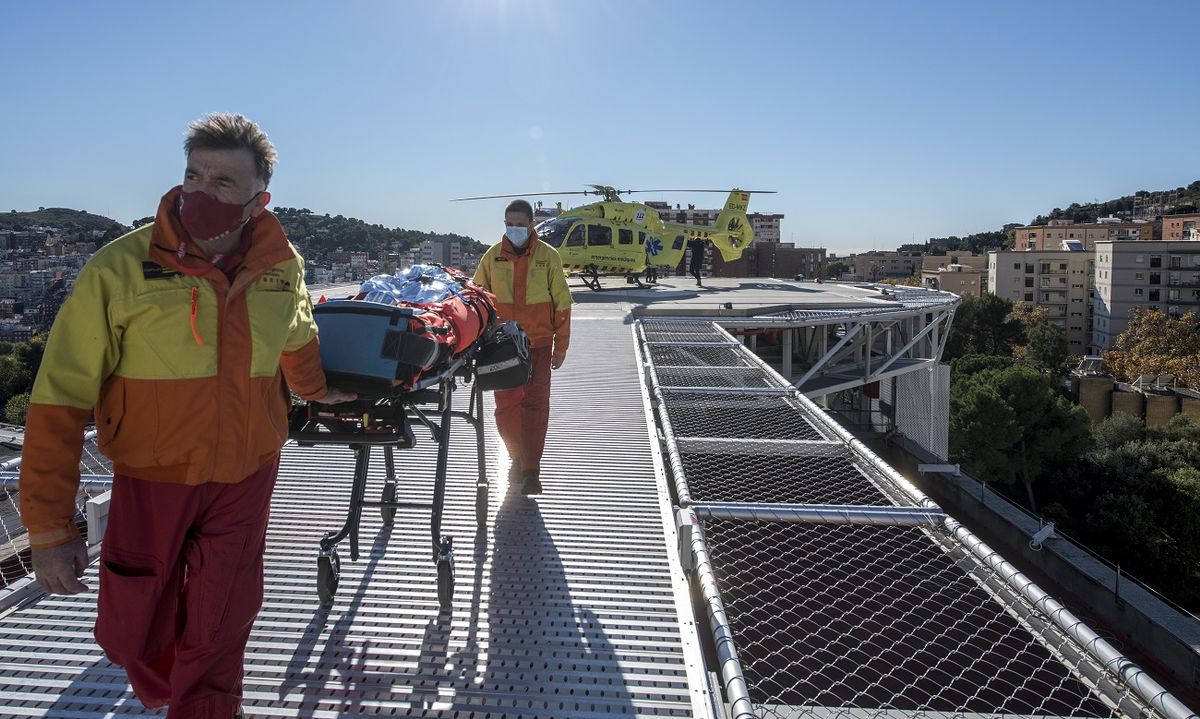 The Hospital de Vall d’Hebron and the Sistema d’Emergències Médiques (SEM) have launched this Monday the new heliport of the Barcelona health center, located in a new location that reduces the time of attendance to two minutes.

The premiere of this new infrastructure, capable of supporting up to seven tons of weight, allows a leap forward in the care of critical patients who arrive by medicalized helicopter, as time and safety are gained.

The assistance time, from the moment the helicopter lands until the patient enters the Traumatology, Rehabilitation and Burns Emergencies, has become only two minutes compared to the approximate 15 minutes that needed to be invested before the premiere of this new infrastructure.

“Traumatic and critical patients are the ones who benefit the most from this reduction in the number of transfers,” said Marilyn Riveiro, Vall d’Hebron Critics Coordinator.

The SEM transfers about 250 patients each year by medical helicopter to Vall d’Hebron , 10% of the total of those carried out in Catalonia.

The advantage is the new location: if the previous heliport was on the other side of the Ronda de Dalt, the new one has been built on the roof of the Traumatology, Rehabilitation and Burns building, a unit where patients suffering multiple injuries or burns go very serious and they are the ones that usually arrive by air.

Patients who need care in Vall d’Hebron due to a stroke, severe sepsis or acute myocardial infarction, as well as pediatric emergencies, also arrive by helicopter and, in these cases, are transferred to the corresponding units.

The moment the SEM sends the notice that a helicopter will arrive, the guards and security personnel from Vall d’Hebron are activated to go up to the landing strip. These professionals have received specific training. The security personnel are in charge of conducting a visual inspection to ensure that there are no elements that make it difficult for the helicopter to land.

Once the helicopter has landed and the commander for the propellers, the men and the orderlies, with the help of EMS personnel, transfer the patient to the stretcher. From the flight table of the Air Resources Unit (UMA) of the SEM, located in the Central Sanitary Coordination (Cecos), in L’Hospitalet de Llobregat, all the management of the health emergency is carried out from the moment in which the alert is received: from the reception of the patient, to the decision of the hospital destination and the coordination with the hospital, taking into account both the condition of the person and the arrival time, to optimize the transfer process as much as possible for the benefit of the patient.