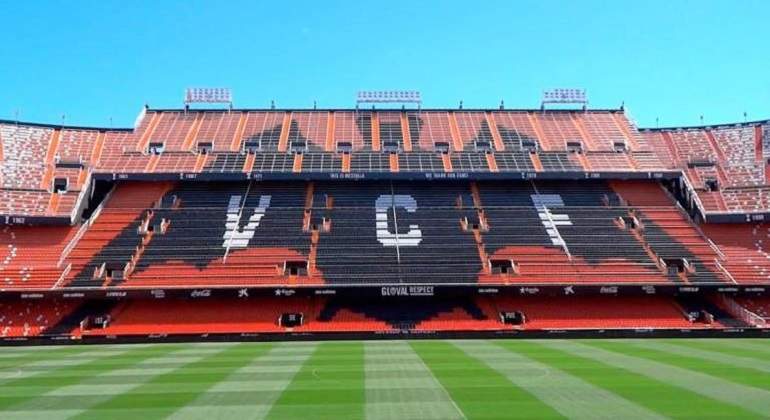 New extension for the Valencia Football Club and the completion of its new stadium, whose works have been paralyzed for more than a decade. The Valencian Government once again tries to put pressure on Peter Lim , the club’s main shareholder, by initiating the expiration of the urban agreement that allows Valencia CF, but at the same time gives him 90 days to present “a credible and financially guaranteed proposal” to finish the New Mestalla on Avenida de las Cortes.

A gesture with which it is tried to force the Valencian team to allocate the money that it is expected to receive within the agreement signed between the CVC fund and LaLiga to put an end to the half-built concrete structure in Valencia. This operation would allow the club to enter around 120 million euros, an oxygen balloon for the team that has been going through a delicate financial situation for years.

The land with these rights is the fundamental patrimony of the sports company and its sale, frustrated on several occasions, was the main source of financing planned for the transfer to the Nuevo Mestalla. Its cancellation would be a severe financial blow that would also make it more difficult to restart the works.

An exit alley that the Valencian vice president Mónica Oltra described as “legal gibberish”. Precisely for this reason, Oltra assured that the intention of the Generalitat is to agree an agreement to finish the stadium after years of continuous non-compliance and dead paper agreements. “The introduction of the 90 days allows that if what the League and CVC raises the money is dedicated to finalizing the stadium,” he explained.

It can cost “a millionaire”
The Valencian vice president acknowledged that in case of being prosecuted “it could cost Valencians a millionaire”, in addition to that “it may take decades to be solved.” According to Oltra, the agreement of the Consell also tries to legally shield the process, since “the report of the Generalitat Lawyers’ Office says that the first phase is not fulfilled, but the report of the legal services of the Valencia City Council considers that this phase has compliment”.

According to a report by the General Counsel of the Generalitat, as the replacement of the promoter is not feasible, the action must be expired with the consequences that this entails for the project approved in 2012. Precisely the ATE formula was designed to streamline the procedures, something that in this case has not served to resume the works due to the financial problems of the club, which also changed hands in 2014 with the arrival of Peter Lim.