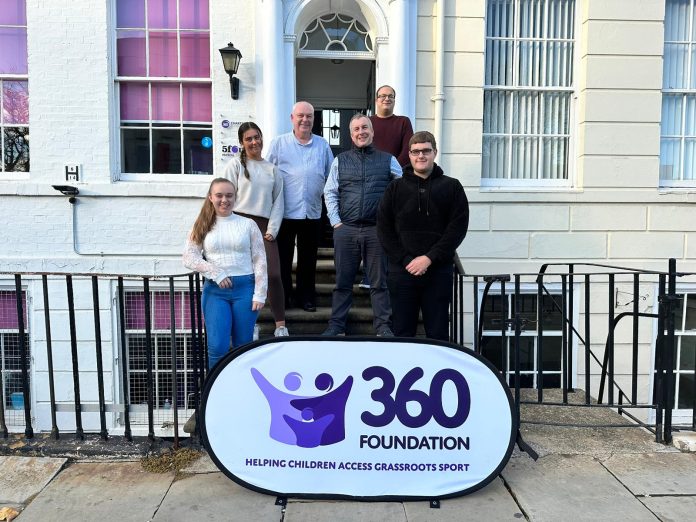 A charity set up to promote participation in grassroots sport for under privileged children has received official registered status.

Established by Yorkshire-based firm 360 Chartered Accountants, it will initially support young people in the HU1 to HU9 postcode areas but has plans to extend this geographically in time to other areas where 360 has a physical presence.

“Grassroots sports clubs play a vital role in bringing our communities together and we want to make sure that every child has the opportunity to take part.  A recent report found that the Covid-19 pandemic and now the cost-of-living crisis has brought real financial difficulties for many.  2,600 grassroots clubs have shut down across the UK, with thousands more still at risk.  More than half of parents said affordability got in the way of playing and the number of families who couldn’t afford kit almost doubled.  We don’t want families to be unable to pay subs or buy sports kit for their son or daughter because they need that money to buy food and other essentials.”

360 Chartered Accountants has a strong history of supporting grassroots and professional sporting organisations in the city and has a series of fundraising events planned over the coming year.

Managing Director Adrian Hunter, who has been appointed Chair of the charity, said:

“We have been working hard over the last year to get everything in place and are thrilled to finally have official registered charity status for the 360 Foundation.  We are looking forward to working with local sports clubs and agencies as well as with Hull City Council to reach as many young people as possible.

“Playing sport benefits both their physical and mental wellbeing.  They also learn the importance of being part of a team which gives them a sense of belonging as they make new friends, helping increase their self-esteem and confidence.  There are so many plus points, we don’t want anyone to drop out for financial reasons.  Similarly, if there are young people who want to play a sport but haven’t been able to afford it up to now, we are here to help them too.”

More information on how to apply for funding will be released at the beginning of December.  Meanwhile, if any individuals or businesses would like to donate to the 360 Foundation, please email Foundation@360accountants.co.uk.