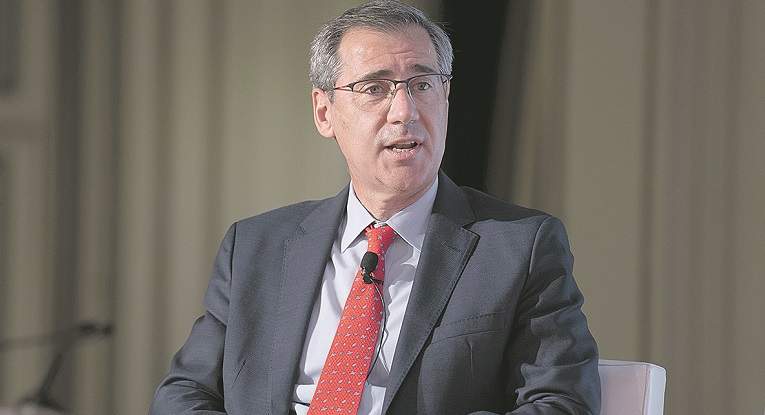 Ferrovial embarks on the promotion of renewable energy plants. The Spanish multinational has bought from the British infrastructure fund Infrared Capital Partners a photovoltaic project to be developed, called Casilla Solar, located in Valencina de la Concepción, in Seville. The company will use this facility for self-consumption of its assets in Spain and Portugal in order to comply with its 2030 Sustainability Strategy to reduce CO2 emissions. The group led by Rafael del Pino and Ignacio Madridejos thus takes firm steps in its commitment to the green energy business, for which at the beginning of this year it created a specific division, Ferrovial Construcción Energía, as advanced by ‘elEconomista’ .

Ferrovial has acquired from Infrared Iberia Holdings, a subsidiary of the English fund in Spain, the company Parque Casilla Solar, which holds the rights to develop the photovoltaic installation. The project contemplates a power of 49.3 megawatts (MW). The Spanish company has executed the purchase through Ferrovial Infraestructuras Energéticas, a subsidiary whose corporate purpose is the design, projection, construction, execution, management, operation, exploitation and maintenance of photovoltaic electric power generation facilities and the realization of all kinds of activities, works and services related to production, transport and distribution.

With the acquisition of Casilla Solar from Infrared, Ferrovial takes its first step as a promoter of renewable plants in Spain. The infrastructure group already entered this sector as a builder a year ago when it won the contract for the construction and assembly of a floating prestressed concrete platform to be installed two miles off the coast of Vizcaya. Two years ago the Spanish firm was interested in Ferroglobe’s hydraulic assets.

Ferrovial reserves in its growth strategy in the energy field a preferential place for the execution and operation of electricity transmission lines
With Casilla Solar, Ferrovial plans to cover the energy consumption of all its assets (highways, buildings, mobility, etc.) in Spain and Portugal, according to knowledgeable sources. With this, it advances in the fulfillment of its Sustainability Strategy 2030, in which the objectives are the reduction of CO2 emissions, the consumption of renewable electricity (100% in 2025), and carbon neutrality (to be neutral in 2050) and managing climate risks and opportunities.

Apart from renewables, Ferrovial reserves in its growth strategy in the energy field , included in the Horizon 2024 Plan, a preferential place for the execution and operation of electricity transmission lines.

The firm entered the electricity grids business in 2016 when it took control of the Chilean company Transchile Charrúa Transmission from the Brazilian companies Alupar and Cemig for 72 million dollars (67.5 million euros at the then exchange rate). This company controls, operates and maintains a 204-kilometer line between Charrúa-Cautín, in the south of the Andean country, serving more than 300,000 homes. In addition, the Spanish company was awarded the Centella concession in 2018, to build and operate the Nueva Pan de Azúcar-Punta Sierra-Centella transmission line, approximately 250 kilometers long and located north of Santiago de Chile. Ferrovial Construcción is already executing the works of the project, valued at more than 100 million euros. And, in February 2020, the firm won the Tap Mauro concession, also in Chile, for the construction,

Follow the steps of ACS and Sacyr
These three assets are integrated into Power Infrastructure, the group’s energy projects concessionaire, which is independent of the new construction division created this year. Directed by María José Esteruelas, this subsidiary finalizes a strategic plan to address its growth in its priority markets. Ferrovial Construcción Energía, which in recent months has integrated service subsidiaries such as Siemsa or contracts for electrical lighting, energy efficiency of buildings and energy control centers, among others, wants to become a reference in EPC (engineering and construction).

Ferrovial’s entry into the promotion of renewable plants, for now with Casilla Solar, gives continuity to what other Spanish construction groups have done in recent years, such as ACS, FCC or Sacyr. OHLA is also betting on this business.