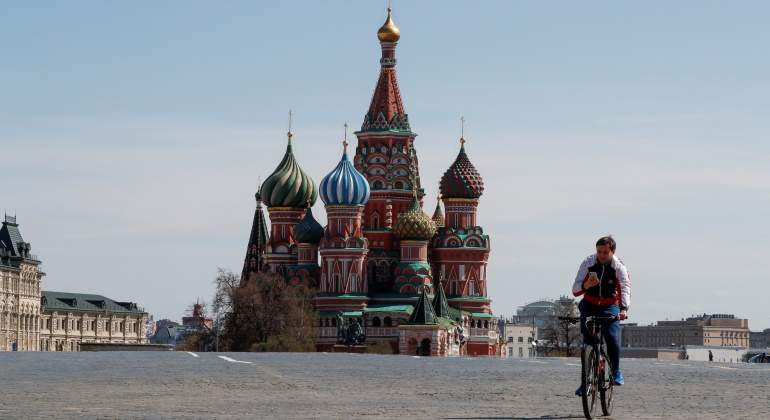 The Mother Russia brings together a set of clichés, in pictures, of what outsiders think when we hear Russia. However, this mythological concept evokes the homeland as the origin of birth, as a source of fertility and abundance, it is the real meaning of what in Russian is known as Matushka Rossiya and that, above all, was used and acquired special relevance during periods of war.

The perception that the international investor has of Russia is still that of a strange and alien market and, therefore, they may not know that their stock market is being the most bullish of the year among the main world economies, with a rebound of 35% since January 1, which leaves MOEX and RTS, the main stock market indices, trading at highs not seen since 2011.

But, what is on the Moscow floor and on what has this dazzling rise been supported? In the RTS (50 largest and most liquid companies, in an index that is calculated in dollars ) there are up to nine energy companies that jointly capitalize more than 372,000 million euros.

Within this index, more than half of the stocks receive a buy recommendation from the consensus of analysts collected by FactSet. The best of them all is the Credit Bank of Moscow , one of the largest banks in the country. It is followed by Magnit , leader of Russian retail (supermarkets), and Sberbank, the large financial institution in the country, owned by the Central Bank itself. Other large companies that also receive the approval of the experts are Gazprom, Lukoil and Rosneft.

In addition, “the increase in the prices of raw materials and global demand are a catalyst for the Russian economy and its companies, which continue to be undervalued at these prices,” they added from Bloomberg .

So far this year, it has obtained 35 percentage points of profitability from the MSCI Emerging Index and, nevertheless, it continues to be bought with a 45% discount compared to these since there have been strong improvements in its profit forecasts, from 50 and 35% for 2021 and 2022, respectively, which has left its PER (times the profit is collected in the share price) 10% cheaper than at the beginning of the year despite the aforementioned rise.

Finally, the high profitability given by Russian dividends stands out, which this year will reach 8% on average , with a payout of 55%. The most visible of all is that of Gazprom , which exceeds 12%, according to the forecasts of the consensus of FactSet analysts. Other double-digit payments are those of Magnitogorsk, Severstal and Novolipetsk. It must be remembered that all state-owned companies plan to give around 50% of their profits to shareholders.

Rate hike
Russia has been ahead of the rest of the world in 2021 by tightening its monetary and fiscal policies before anyone else. It is a path that other jurisdictions, such as the United States or Europe, will have to travel, and which will lead, according to all expectations, to a slowdown in the rate of growth in the future.

However, it can be an advantage for Russia to have started this process in the first place, and to suffer its consequences before anyone else. “During 2020, the Bank lowered the official interest rate several times to stimulate the economy.

However, Russia faces an increase in inflation, which has exceeded 6%, with an increase in the price of food of 9% year-on-year. Since March 2021 Russia has begun to reverse its cycle of monetary relaxation due to the increase in inflationary pressures, “they explain from Crédito y Caución, referring to the rate hikes that began in February in the country, and that have led them from 4, 25% to the 6.75% they currently hold.

The most profitable 10-year funds
Among the funds that invest in Russian equities that are available for sale in Spain, the four that have managed to accumulate the highest returns in the last decade are Amundi Fds Russian Equity , Pictet-Russian Equities , BNP Paribas Russia Eq and Raiffeisen-Russland -Aktien , with 10-year annualized returns of 10.1%, 9.6%, 8.9% and 8.5%, respectively. So far this year they have risen 39.9%, 41.3%, 34.3% and 41.8%.

The first three have Gazprom as their main bet at the moment, while the Raiffeisen fund maintains it as the second company with the most exposure. Sberbank and Lukoil also coincide as one of the 10 largest companies in the portfolio in the four funds.