Electric Car That Volkswagen Will Make Most Likely In Spain 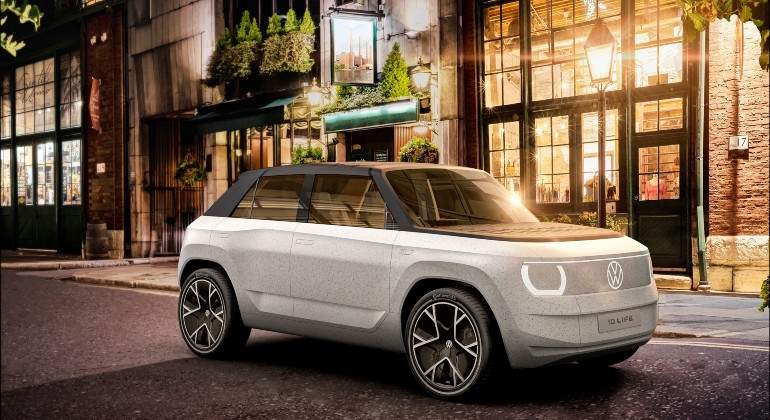 Volkswagen has presented at the Munich Motor Show a new prototype of the ID family car, the ID.Life . The new electric vehicle, available in 2025, will be a family model for the small car segment and will cost around 20,000 euros. The CEO of the Volkswagen brand, Ralf Brandstätter, has assured that the company “very likely” will manufacture this new family of electric cars in Spain. It would be in one of the two plants in our country: Landaben (Navarra) or Martorell (Barcelona).

The ID.Life is based on a smaller variant of Volkswagen’s Modular Electric Drive Matrix (MEB) that has been developed specifically for the small car segment. This is the first time that a vehicle based on the MEB has been front-wheel drive.

With its 172 kW (234 hp) electric motor, Volkswagen wants the ID.Life to accelerate from zero to 100 km / h in 6.9 seconds, while the 57 kWh high-voltage battery allows a range of around 400 kilometers. autonomy.

The design of this prototype is clean and of high quality. Volkswagen dispenses with decorative elements and accessories, as well as any complex mix of materials. The horizontal division between the bodywork, the glass surfaces and the roof also contribute to the car’s purist appearance.

Multiple cameras and a screen will replace both the interior and exterior mirrors. In addition, essential driving functions are controlled via a touch panel on the steering wheel.

Personal devices, whether phones or tablets, can be used to operate the navigation system. Music, movies, and games stored on the device can be used seamlessly in the ID.Life.

The automotive group has already expressed its intention to build its third battery factory in Spain and to turn the country into a “strategic” pillar of its global electrification plans.