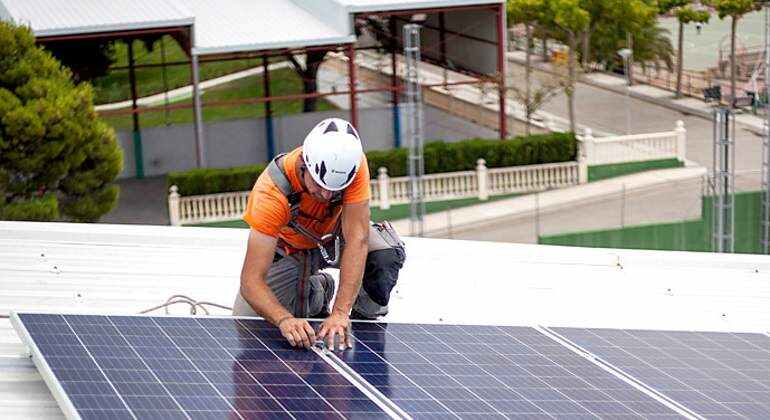 The commitment of the Government of Spain to modernize buildings to make them energy efficient is not only a change of direction but also a decisive test for the country. The program, which represents the most important item in Spain’s recovery plan, will have a budget of 6.8 billion euros for the next three years, from the emergency fund for the recovery of the coronavirus.

Now it remains to be seen whether the government will take advantage of EU funds to transform the country’s economy or repeat the mistakes of the past, given its traditional relationship with new construction.

Through this plan, the Government will subsidize works to improve insulation, the renovation of public buildings, the construction of new social housing and the installation of photovoltaic panels and heat pumps in private residences.

In addition to being one of the main levers to reactivate the Spanish economy, the program is a vital step towards the EU’s 2030 goals of reducing carbon emissions, more than a fifth of which in Spain come from households.

Fear of a labor bubble
However, the ghosts of the last financial crisis are still very present in the country and doubts arise regarding the use of EU recovery funds in the construction sector.

After the real estate bubble burst in 2008, Spain found itself with billions of euros in bad loans, half-built buildings and thousands of workers with useless construction skills. Something similar could happen once the proposed objectives are achieved.

“My fear is that there will be a huge bottleneck in these specific construction skills that have to do with the rehabilitation of buildings,” says Luis Garicano, Citizens MEP, to the Financial Times newspaper . “We will train a lot of people in skills that will be obsolete by the time they finish the training.”

On the other hand, doubts arise about how to implement this plan. Instead of subsidies, industry members point out that tax incentives and a clearer regulatory framework would be much more effective . In this regard, the Government assures that in the next two or three years a process of change and renewal will take place that, ultimately, will take much longer.

Investment need
To create a new economic sector, transforming the construction sector into one focused on the rehabilitation of buildings, investment is needed. According to government figures , to modernize Spanish buildings between now and 2030, some 40,000 million euros are needed .

A task that does not concern exclusively large owners and companies, since the idea is that the new subsidies also serve to encourage citizens to carry out isolation or other types of work, taking into account that they may be mandatory later on.

The Ministry for the Energy Transition and other entities that have collaborated in the development of the plan trust that both banks and energy companies participate in financing it, and that the one-stop-shops for advice will serve citizens to find out how to make the improvements. in their homes.