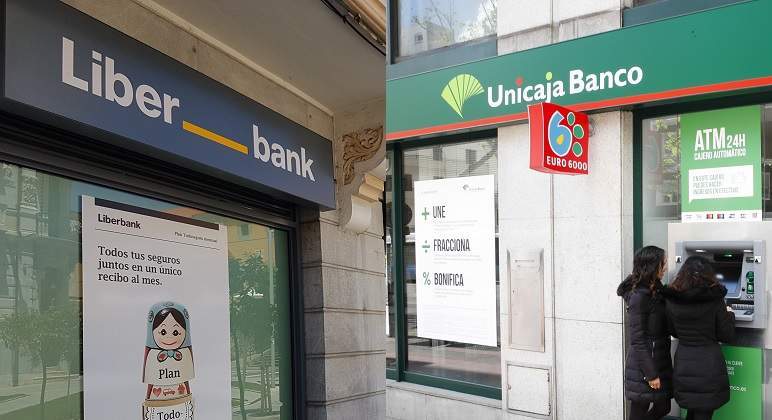 The businessman Tomás Olivo, known as the king of shopping centers, has decided to actively bet on the merger of Unicaja and Liberbank. The investor has emerged a stake greater than expected in the resulting group, 3.5%, compared to the 3% expected, since in recent months it has acquired 11 million shares, up to 97.7 million shares .

In this way, it has become the main individual shareholder of the new Unicaja, behind the Foundation of the old Caja Malaga (30.2%); from the Oceanwood fund (7.4%) and the Caja de Asturias Foundation (6.5%).

The owner of the Socimi General de Galerías Comerciales, which has nine department stores throughout Spain, thus exceeds the participation held in the entity by other businessmen, such as the Mexican Ernesto Tinajero or the family that owns the Malaga textile firm Mayoral , both with percentages between 2% and 3%.

Olivo’s investment in Unicaja has a current market value of 72 million euros. His entry into the capital of the entity took place last spring , in the middle of the outbreak of the pandemic. At that time, Unicaja had not started the second talks to carry out the absorption of Liberbank, although in the market it was taken for granted that these negotiations were going to take place sooner or later, as they finally did . Since his landing, his position has grown little by little over time.

The real estate entrepreneur has one of the ten largest fortunes in our country. Considered the ninth richest man in Spain, he accumulates a net worth close to 2,700 million.

Unicaja and Liberbank completed their integration at the end of July through the equation for the exchange of securities and the delisting of the Asturian bank from the stock market. Last week the group made the new organizational chart official, with the appointment of Manuel Menéndez as CEO , who has started in the position with an investment of 100,000 euros in securities of the entity .

The first executive of the resulting group will be Manuel Azuaga in the next two years. Then a process will be opened to establish the new distribution of power after the retirement of the latter.

Sponsor of Real Madrid
Furthermore, the new Unicaja has already begun to carry out the internal processes to carry out the integration effectively. This Monday he reported that it has become the official bank of Real Madrid and begins the new season, through a commercial agreement, as a provider of financial services and sponsor of the club, thus giving continuity to the institutional relationship maintained until now by Liberbank with the team .

Unicaja explained that he will work together with the club in the design of financial products specially designed for fans, in line with the existing ones, such as the Real Madrid Card and Mortgage, which have given Liberbank such good results.