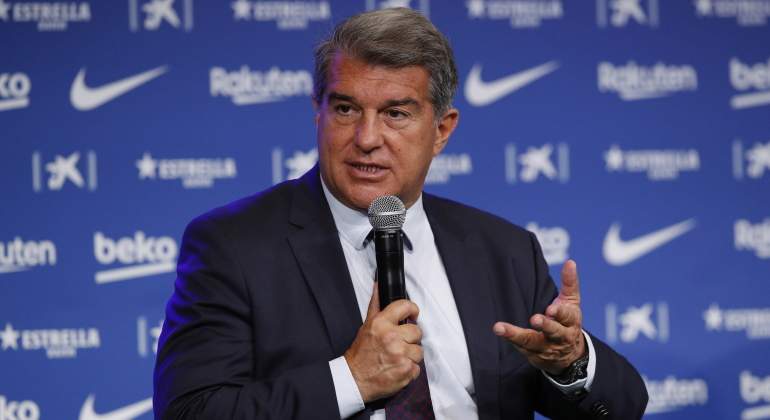 In recent months, FC Barcelona has received the interest of different crypto exchange companies to become the main sponsor of the game shirts of the first men’s soccer team, an asset that currently owns the Japanese company Rakuten until June 30, 2022.

As sources from the club explained to EFE , the offers have been received with great prudence because the market for ‘crypto exchanges’ is speculative, risky and highly variable. In addition, from the Barcelona board of directors it is considered an unethical sector. Thus, these offers would only be considered as a viable possibility if the annual amount contributed by the company was exorbitant.

Some of the interested parties even showed their willingness to sponsor the left sleeve of the shirt (it remains free this summer after Beko has renounced this asset) during the 2021-2022 academic year, with the condition of securing the front once the contract ends. with Rakuten. At the moment this possibility is far from being realized.

The Barça club already has as a global sponsor a company dedicated to cryptocurrencies in the sports sector, Chilliz.com, which allows acquiring this type of currency in exchange for advantages in services related to Barcelona and making some decisions about the entity , a business far removed from that carried out by ‘crypto exchange’ companies, which function in a similar way to the stock market.

From Barcelona it is assured that the purpose is to maintain during the first two years of Joan Laporta’s mandate the around 180 million euros per year that the club currently enters through sponsorships. And, from then on, the objective will be to start increasing them, activating sponsorship categories that are not being exploited.

Decrease in income
In this sense, the Barcelona entity has received two blows this summer. The first is the reduction of 25 million euros of the amount contributed by Rakuten as the main sponsor of the game jersey during the contract extension year that began on July 1.

The second is the loss of Beko as sponsor of the left sleeve of the game jersey. The Turkish appliance brand has only wanted to renew the contract until June 30, 2022 to continue with the sponsorship of training clothing and thus its economic contribution will decrease from 19 to 10 million euros per year. At the moment, Barcelona has not found a replacement and will start the season with a free left sleeve.