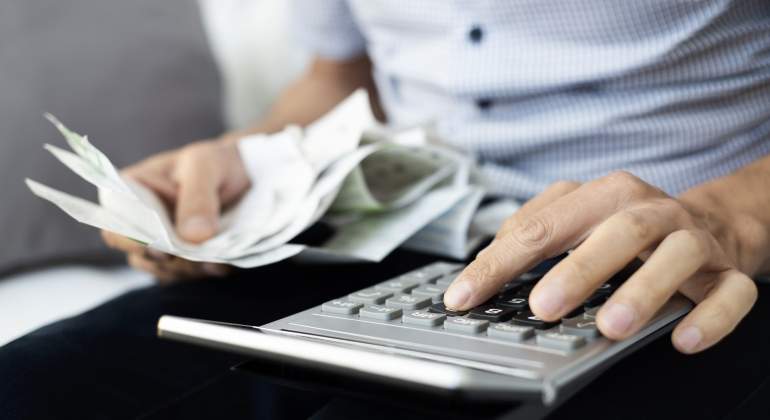 The improvement in the economic situation in Spain in recent months has allowed the Government to gradually roll back the aid granted to companies and workers during the pandemic in order to preserve jobs and business activity in those months.

Thus, given an expectation of growth of 6.5% for this year and 7% for 2022, the Government accordingly foresees a lower need to provide funds for some of these extraordinary aid granted due to the impact of the health crisis. Among them is the extraordinary benefit for cessation of activity for the self-employed, where the Government cuts by 89.5% the money for this item, which will go from 713 million euros this year to 75 million for next year.

As the Government points out in the budgetary detail of the item, the benefit for termination of activity is intended to compensate for the loss of income as a consequence of the termination of the activity of the self-employed worker, when this has occurred involuntarily, among others, for economic, technical, productive or organizational reasons that make it unfeasible to continue with the economic or professional activity ; when there are causes of force majeure that determine the temporary or definitive cessation of economic or professional activity; loss of administrative license, etc.

Extension until February
Thus, they point out from the Executive, that “for the year 2022 a credit of 75 million euros has been provided , which represents a decrease with respect to the previous year as a result of the high volume of extraordinary benefits recognized in 2021 on the occasion of the health crisis “, due to the better economic conditions experienced since the second quarter and which are expected to continue over the next year.

As a result of the recent agreement between the Government and the entities representing the self-employed, the extraordinary benefit will be extended until February 2022 and will be granted to businesses and workers that can justify a drop in income of at least 75% in comparison to the first quarter of 2020 and that also do not exceed returns above 75% of the value of the SMI between the second and third quarters of this year.

In addition, since October 1, 2021, self-employed workers included in the Challenge or in the Special Regime of the Social Security of Seafarers who were registered in these regimes and were receiving on September 30 any of the benefits for cessation of activity “will be entitled to an exemption from their Social Security contributions and professional training.” The exemption is 90% of the contributions corresponding to the month of October, 75% of those corresponding to the month of November and 50% of the month of December and 25% of the contributions of January 2022.

Furthermore, the General Budgets project that includes this decrease in supplies destined for the cessation of activity , also includes an update of the minimum base in accordance with the planned CPI and that will have an impact on a rise in the monthly contribution of self-employed workers to the Social Security.

Thus, the minimum contribution base will be 960.60 ?? and the rate of 30.60%, which will mean an increase of 96 euros per year. The fee to be paid on a minimum basis will be 294 ??. The rise in the price will be applied to more than 1.8 million freelancers who trade on this basis. Regarding the budgetary impact of the measure, the increase in collection for Social Security will be about 173 million euros in the year.