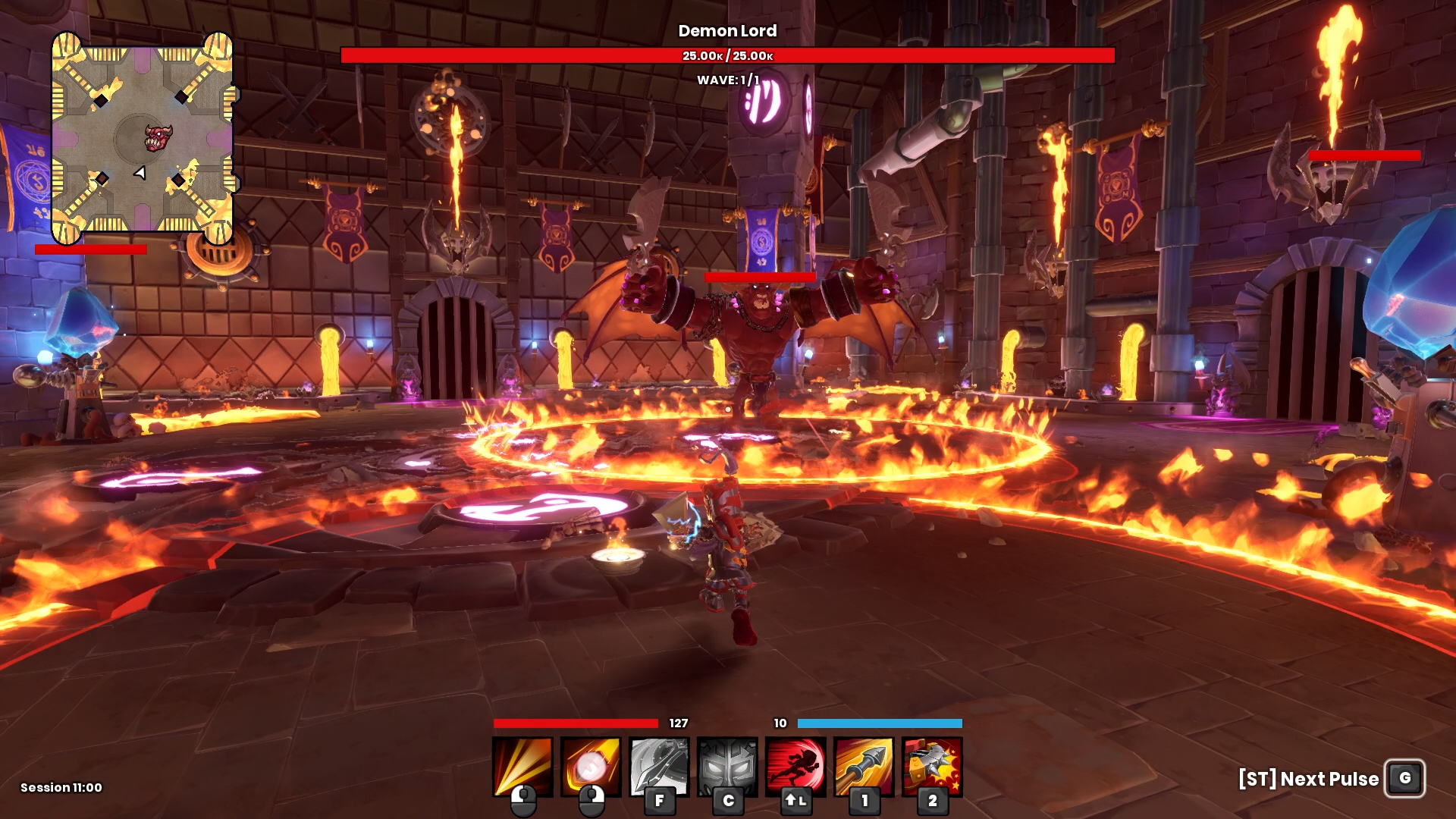 Dungeon Defenders: Going Rogue, a roguelite spin-off in the multimillion unit-selling tower defense action RPG Dungeon Defenders series, surprise launches on Windows PC via Steam Early Access alongside a simultaneous reveal from developer Chromatic Games. PlayStation 5, Xbox Series X|S, Nintendo Switch, PlayStation 4, and Xbox One versions will take up arms at a later date.
Suit up for battle once again to defend the Eternia Crystal from swarms of vicious creatures. Dungeons continue to fester as cruel and unforgiving places where one misstep can cost any Defender their life, and more importantly, their loot! Think fast and make use of randomly rolled runes to tear through hordes of orcs, goblins, dragons, and other fierce fiends. Heal up with life-preserving items and keep damage low before facing three progressively stronger bosses.
Experiment between four iconic characters, Squire, Huntress, Apprentice, and Monk, featuring individualized attacks, abilities, and towers at the start of each adventure. Secure ever-improving gear from fallen enemies, testing new build combinations to create the most lethal arsenal with weapon, off-hands, and two towers (including the near-infinite combination of runes). Improve run after run, battling across more than 20 different maps including fortresses, castle rooftops, forests, deserts, and more. Take on the challenge of going at it alone or with a team of up to four fellow Rogue Defenders in online co-op.
Speedrunners from the Dungeon Defenders community will take part in a singleplayer speedrunning competition starting today, Mar. 29, until Sunday, April. 3, for a chance at the $10k prize pool split between the top five spots. In order to compete, entrants must livestream their single-player attempts before submitting with the development team verifying the validity of each through the Going Rogue backend. All VOD submissions must be submitted by April 3 11:59 PM EST via the content submission form here.
Other speedrunning champions from all around the realm are encouraged to check back with each major update to test their previous strategies and see if they can still test their might against the perpetually distorting Dungeons. As Going Rogue carves its way through Early Access, it will collect a menagerie of improvements and expansions like new characters, daily challenges, more environments, among other community desires based on their feedback. This will follow alongside their Dungeon Defenders Awakened development, which is available for purchase in a bundle at a reduced price alongside Going Rogue.
“Dungeon Defenders: Going Rogue is an exciting new addition to the series, originally starting as a new game mode that blossomed into an entirely new game,” said Alec Saare, Creative Director, Chromatic Games. “We are harmonizing the beloved elements of Dungeon Defenders with the ever-changing customizability and replayability innate to the roguelite genre. Creating fun challenges for players to take on over and over again is our favorite part of working on this beloved series!”
Dungeon Defenders: Going Rogue is available now on Windows PC via Steam at 15% off for $12.74 in English with additional language support planned leading up to its v1.0 launch.
For more information about the Dungeon Defenders series, please visit the official website, join the community on Twitter, Facebook, and Discord, and search for #DDGR on social media.