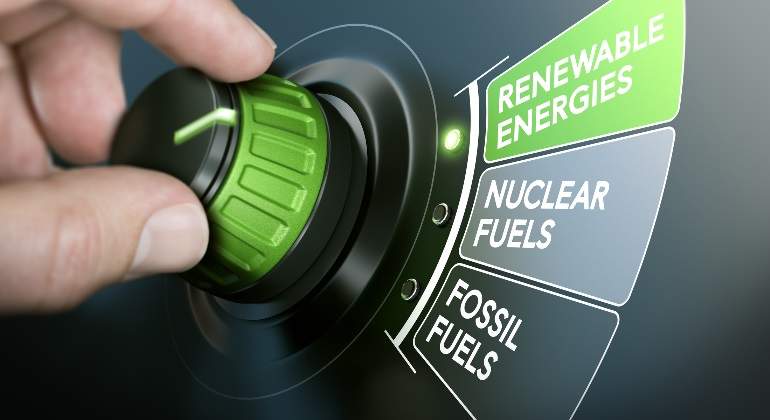 The COP 21 held in Paris six years ago marked the starting line for the objectives, perhaps better to call them remedies, structural to which the energy transition should contribute to decelerate climate change . The mission of slowing down the increase in global warming to less than 2 degrees Celsius became a necessity and a commendable mandate for all humanity. The COP 26 that takes place these days in Glasgow is presented as the first great exam – after the partial COP 22, 23, 24 and 25 ?? to check the effect of the measures agreed in 2015.

To do this, it was proposed to apply urgent measures that would avoid the potential higher cost of future mitigation plans and the most advanced countries would be asked to finance and train developing nations so that they could reinforce their action associated with the agreement itself. Glasgow will assess the level of achievement of these objectivesand it will require greater containment of global warming: no more than 1.5 ° C, a mark that we would reach in a couple of decades with the current trend.

How are these goals achieved? We could do a survey among the general population and specialists from different branches to list the actions and plans that contribute to curbing climate change and we would probably hear a list as wide and varied as: recycling, renewable energy, reduction of the use of plastic materials , electrification of mobility, carbon dioxide and sulfur dioxide capture, reforestation, smart cities, relocation of work, structural changes in industry and food areas, etc.

Of all these, perhaps one of the sectors that has permeated with greater acceptance in public opinion during the past five years is renewable energy . Globally, almost one million megawatts have been built between 2015 and 2020, which represents a growth in installed renewable power of more than 50%. The unprecedented technological optimization of wind and photovoltaic energy during the last fifteen years has made renewables go from being perceived as an element that made the electricity bill more expensive to becoming the vector that leads and will consolidate the lowering of energy production costs that both we need in the current situation and the years to come.T

he growth of clean energies has created a long and rich global value chain in which our country plays a role as a global hub. In a matter of a few years, dozens of European, North American, Arab and Asian investors have opened headquarters in Spain with ambitious plans to grow and deploy capital in our country and, from here, in other geographies. These investors link with the aforementioned chain where project developers, land owners, producers and creators pedal?

Inventors! ?? technology, construction companies, asset management specialists, operators and maintainers, electricity transmission and distribution companies, financial entities, marketers that offer creative and convenient packages of products and services to end consumers, start-ups that allow a digital and remote management of assets as real as production plants? in short, a chain that could not be completed even with a few ellipses.

Why so many investors come to our country seems easy to answer if we attend to three powerful claims: the abundance of renewable resources, the voluminous growth objectives for the sector established in the National Integrated Energy and Climate Plan 2021-2030 with an estimated investment more than 240 billion euros and the pro-business culture that certain regions have consolidated.

Perhaps the legitimate question we could ask ourselves is what these investors contribute to global economic and social development. Money would be the obvious answer, so obvious that it would make the question almost stupid: without money you cannot build power plants from renewable sources. However, I think there is something more and to discover it we have to go back a few years.

The 2008 financial crisis left many lessons for the business world; lessons that, although they have not necessarily been read and learned by everyone, pointed out? Among many other things ?? to promote a more productive and less speculative economyand to overcome the Manichaeism between sustainability and profit, this second idea well structured by numerous academic referents, among them the competitiveness guru Michael Porter in his article “Creating Shared Value”.

To these lessons should be added one more, delayed in time, which is that interest rates have not fallen or are low, but are and will be low and, therefore, they have invited capital to leave the financial world and debt to explore the productive and industrial universe. I remember a dinner a couple of years ago in Madrid in which a senior official of the European Commission who shared a table with various diners (businessmen, academics, managers, professionals, representatives of non-profit institutions, etc.) told us that there are more capital in Europe than in North America, But that wealth moves and works more than ours.

This comment made me draw an analogy with the metaphor of the bathtub of Dierickx and Cool, where the level of accumulated water – the resources and capacities of a company – is only maintained and grows if new flow arrives from the different taps, that is, new investments.

The investment of capital in renewable energies and ecological transition not only supposes the necessary injection of money to carry out the projects that the entrepreneurs develop; the deployment of capital materializes the present plans and pushes the agents of the value chain to investigate new paths of technological and sustainable growth that we do not yet know about; Cham Kim and Mauborgne would call them blue oceans, although it would be worth creating a new term to define them.