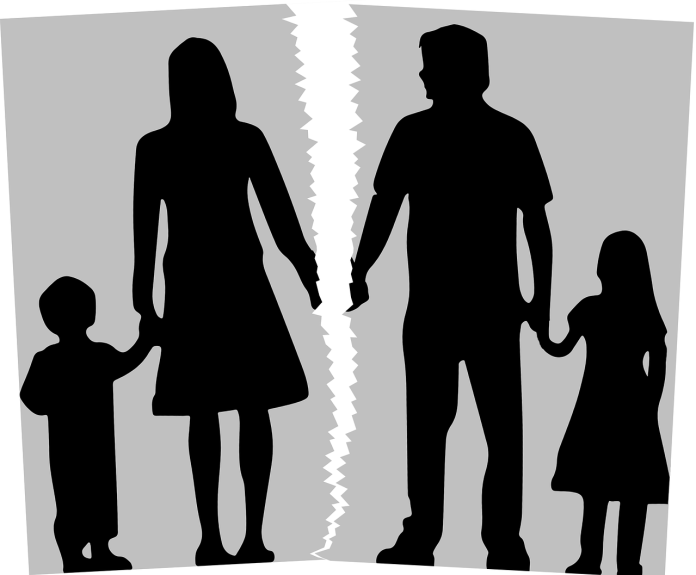 Despite divorces reaching their lowest since 1973 in England and Wales, it’s regularly a hot topic in the media. As sad as it is, nobody plans to divorce when they get married. It’s an unfortunate event that can have suffering consequences for the family, including the couple getting divorced and children.

No matter the age of a child of divorce, your family splitting up can have traumatic effects on a child’s mental health. So, in this article, we will explore how this can affect children, and how you can minimise damage.

Divorces cause a lot of change for the child’s everyday family life. For a younger child progressing through their developmental years, having one parent moving out of the house can be confusing.

As a younger child, they’re unable to understand why one of their parents isn’t around anymore, spending time with them anymore.

Research has found that the older the child is, the more likely they are to process the divorce than younger children. Despite this, they are the most likely to bear the brunt of the effect of change. The breakdown of a marriage could mean them moving to a new house, moving school, or no longer seeing one of their parents. It could also mean the family is less well-off financially.

Your child can be affected by this change. For example, in the past, your child may have been able to go away on a school trip each year with their friends, whether it be skiing or a pre-summer break. This will irritate and upset a child who has grown accustomed to such a lifestyle.

A main concern when thinking about your children and involving family law solicitors is not understanding the child’s behaviour. A failure to understand a situation can develop into frustration, and in many cases, this can result in anger.

Usually, when a parent isn’t present, levels of disciple change. Rather than dishing out punishment for bad behaviour, try to understand the position in which the child finds themselves.

Try not to forget that your child is experiencing intense emotions during this period. Therefore, be patient and take into consideration the way you are acting around them.

Children are highly observant of their surroundings. So, if one parent is badmouthing another, they are likely to pick up on this and replicate it. Although the situation between both co-parents may be rather toxic, for the sake of the child’s emotional stability, communication is key. Monitoring behaviour around both parents, particularly if they are now living in different homes, is an effective way to quash any behavioural issues.

In 2014, the BBC conducted research which found that 65 per cent of children of divorce received exam results worse than expected in their GCSEs, while 44 per cent also insinuated that they believe their A-Level results had suffered. Resolution, who conducted the research, proposed that the disruption of moving school could be at fault for the exam results.

Although it can be a difficult time deciding whether to divorce and disrupt your child’s life, it’s certainly better to do what’s best for yourself. Staying in an unhappy marriage exposes your child to a negative environment which can have damaging effects on their future expectations of relationships.