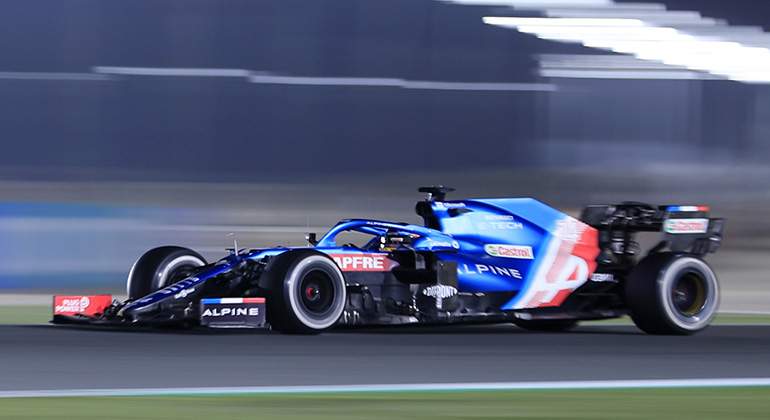 And seven years later … Fernando Alonso once again got on a Formula 1 podium. After leaving Ferrari, after a ruinous return to McLaren, after taking two years sabbatical, in which he won the 24 Hours of Le Mans twice, in those who returned to the Indianapolis 500 and debuted in the Dakar … the two-time world champion was third in the Qatar GP with Alpine, former Renault, his lifelong team, behind the everlasting Lewis Hamilton and Max Verstappen.

The many ‘haters’ that Fernando Alonso unfortunately has in his own country will say that the Asturian was very lucky, that qualifying fifth came third due to the sanctions on Verstappen and Bottas for not respecting yellow flags in qualifying, that if Bottas himself had to withdraw, what if … Nothing at all. Fernando Alonso proved, once again, that he is the best driver of the last decades, and that only bad luck, and surely also bad decisions, have not allowed him to become the best driver in history.

But let’s go in parts. At the top of the World Cup, Lewis Hamilton confirmed what was planned and took the victory, the second in a row, in the Qatar GP, which raises the fight for the World Cup to the red hot. Because his great rival, and still leader of the World Championship, Max Verstappen, could not overcome at any time the penalty of five places that sent him from second to seventh position on the starting grid, and although in a few laps already He was second, there he stayed until the end, about eight seconds behind the Mercedes.

The Red Bull driver took the consolation prize for the fastest lap, so the damage was minimized, and comes in the last two races of the calendar with an eight point advantage. Therefore, Saudi Arabia and Abu Dhabi will be electrifying.

But let’s what interests us. Fernando Alonso started third on the grid, as soon as he left he overtook Pierre Gasly and for a few kilometers he was second, behind Hamilton, in a World Championship race. That short but intense rivalry was greening in that year 2007 at McLaren.

But logic is logic, and Fernando was soon overwhelmed by a missile with the number 33, Verstappen on the hunt for Hamilton. But that was not the struggle of the Asturian, who then began his particular duel with the other Mercedes (Bottas), with the McLaren (Norris) and especially with the other Red Bull (Pérez).

It seemed that, if there were no setbacks, Fernando had within his reach a more than worthy fifth place, the first the ‘human’ drivers after the Mercedes and the Red Bulls. But the setbacks were precisely these rivals of Alonso.

Bottas, first, that after a bad start, and then due to a puncture, he could not help Hamilton to stop the Red Bulls. Norris was never an enemy. And the one who did, Sergio Pérez, who actually overtook Alonso 15 laps from the end, was called to the pits to protect himself from a possible puncture, as had happened to Bottas, and other drivers, in the strategy to one stop.

Just when Fernando saw that Checo Pérez came in to change tires, he gritted his teeth and made the most risky decision: to try to endure until the end, managing the wheels so that they did not explode, and hoping that Pérez, with new wheels, would not run over him. , clipping as you were clipping up to two seconds per turn.

But the Asturian’s mastery, together with a ‘Virtual Safety Car’ that appeared three laps from the end due to one more puncture, that of Latiffi’s Williams, allowed the Asturian, as we have said before, seven years later, from his distant times at Ferrari, get on the podium and show that, at 40, he is still the best. If next year, as there is so much cackling, the cars will catch up with the regulation change, no one can deny that the now famous ‘plan’

As for Carlos Sainz, Alonso’s brilliance coincided with a gray race, weighed down, as in Mexico, by a mediocre start, which hit his bones in seventh final position. Of course, again in front of his teammate, Charles Leclerc, whom he cut two more points in their particular fight in the World Cup, in which there are only six and a half points difference between the two.