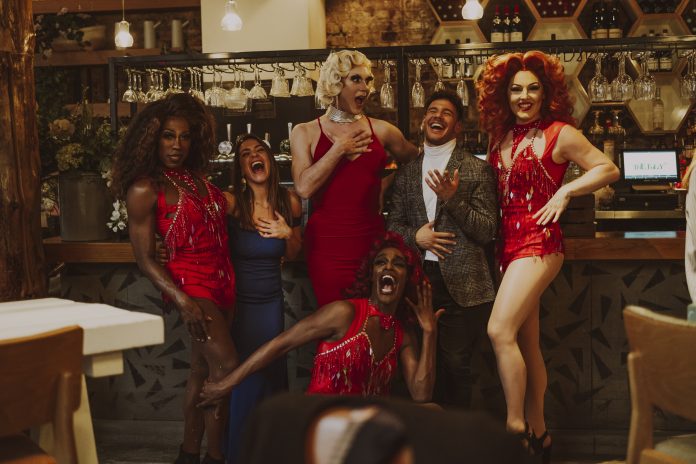 To mark its 10th anniversary, The Hippodrome on Leicester Square will be celebrating with a series of memorable experiences. From an expertly paired 5+5 steak and wine menu at Heliot Steak House to live rooftop acoustic sets and a silent underground disco, it’s set to be one to remember.

Offering a truly elevated experience in the heart of Belgravia, British bar and dining room Ganymede has launched its very own Supplier Supper Club Series. On 14th July, enjoy an evening with Vergelegen Wine Estate, the renowned South African wine producer. Embark on a guided wine tasting, with each pour perfectly paired to complement one of Head Chef Daniel Mertl’s culinary creations – think sea bass crudo with rhubarb dressing and candied beetroot; goat’s cheese and leek tartlet with bitter leaves, sweet mustard dressing and Crapaudine beetroot; and homemade tagliatelle with mushroom and truffle ragu and Belpa Knolle. Each Supplier Supper Club includes a three-course set menu, with each course paired with a drink.

To celebrate the coolest day of the year, Creams Cafe is giving away 10,000 FREE ice cream sundaes on Sunday 17th July, filled with soft vanilla ice cream, Oreo ® Cookie crumb & Belgian chocolate sauce. To claim your free sundae, all you need to do is sign up to the Creams Squad newsletter where you’ll receive a welcome email with your limited time offer. Then, head to any Creams Cafe on Sunday 17th between 1-3pm, show your email and enjoy your freebie! Ts & Cs apply, first come first serve, limited to one per guest.

Fusing the best of land and sea, Burger & Lobsterhas teamed up with one of the capital’s most respected chefs, James Cochran (alumni of Michelin-starred Ledbury and owner of Islington’s Restaurant 1251), to serve up a one-of-a-kind lobster roll launching on 25th July for a limited time only. Get ready for fresh chunks of lobster meat and juicy-as-you-like slow-cooked beef shin loaded into a pillowy-soft brioche roll and garnished up to the nines – this is surf ‘n’ turf at its best.

Sashay down to The Folly and experience more sequins, feathers and sass than you can imagine at The Folly’s West End Drag Brunch.Featuring professional drag queens from West End shows like Kinky Boots and Priscilla Queen of The Dessert – it’ll be a day of dancing, death drops and dazzling performances, hosted by the fabulous Ruby Murray of Pikes Ibiza. As well as a top-notch show, you’ll enjoy 90 minutes of bubbles and bottomless cocktails alongside an “unlimited” selection of grazing plates, including fiery slow-cooked pork ribs and smoked aubergine & mozzarella arancini.