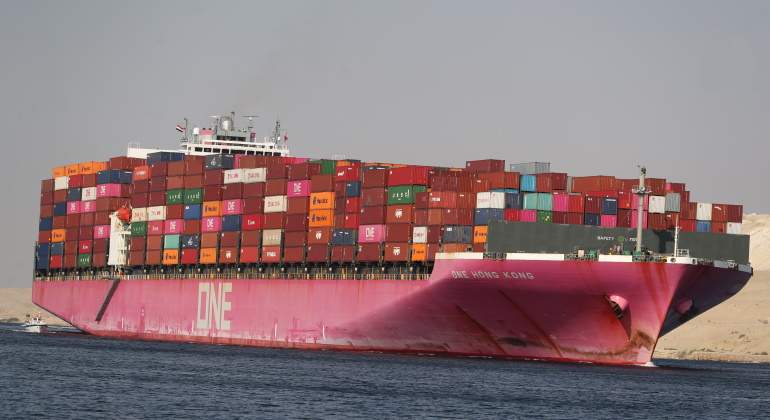 Supply chains are still locked in half the world, and the key moment of the year for retailers, Christmas, is inexorably approaching. And, concerned that the toys and electronics that often overflow in Santa’s sack might get stuck in China, major US retailers are chartering their own ships to secure supplies.

Retailers, both large and small, have been hit by COVID bottlenecks in ports, factory closures in Southeast Asia, and widespread cost increases in freight transport. The Dollar Tree chain, for example, said one of its supplier ships was delayed for two months after a crew member tested positive.

To avoid these risks, retailers with the biggest pockets are trying to replace those parts of the chain with their own – boats chartered by themselves. But the problem is cost: “This is very expensive,” said Michael Zimmerman, a partner at global consulting firm Kearney. “A mid-size retailer or emerging fashion brand cannot charter their own boat.”

The cost of leasing a ship is around $ 1 million to $ 2 million per month, according to Zimmerman, plus operating costs, including the cost of containers, which can run into the hundreds of dollars each. The largest retailers use between 500 and 1500 containers per month.

“Yes, right now there is savings and efficiency, but the company is renting the ship for two or three years. And that is an important commitment that it will have to fulfill or sublet later at a loss if the container market turns around and sinks” .

Even so, due to the amazing prices they pay and the risk they assume, the companies that are renting those boats have a say in choosing which port they are going to and thus avoid those that are stuck. Los Angeles and Long Beach are two of the most used – and congested – ports in the US. But import growth at those ports slowed in July and August.

Under normal circumstances, companies rent only the space they need for the goods they are moving, sharing the cost of the freight with the rest of the companies that are using it. When a company ships with a carrier or other intermediary, the price of renting a container from origin to final destination can be as high as $ 10,000 each, although the price has not stopped rising since the pandemic began.

Home Depot COO Ted Decker said the company found a “creative solution” to its transportation problems. “Our supply chain teams are taking advantage of our scale and flexibility to organize multiple container ships for our exclusive use,” he said during the company’s second-quarter earnings, according to FactSet.

Walmart and Costco CFOs also discussed their decisions to charter ships during their earnings reports. Costco, for example, has chartered three ships: “Each can carry 800 to 1,000 containers at a time and will make about 10 deliveries over the course of the next year,” said Richard Galanti, the company’s chief financial officer, at the conference of fiscal fourth quarter results.

The alarm was ringing for months
But the crisis had already been looming for months. Last summer, analysts were already sounding toy supply alarms during those key calendar months.

Data from Ware2Go, a UPS company that specializes in one- and two-day deliveries, says that 63.2% of merchants contracted their Christmas inventory in August, 44.4% ordered more than usual, and 43 , 3% placed orders earlier than usual. Still, nearly 20% of merchants say they are not sure that items will arrive in time for peak season.

Beyond ships, large companies have a workforce to work 24 hours a day to make adjustments to a system that has many moving parts, such as the management of goods that are currently at different stages of the supply chain. supply.

“The supply chain has been optimized for very efficient movements. Of that now there is nothing left”

Going forward, Zimmerman believes that major companies will reevaluate the supply chain now that they have lost trust in the intermediaries who often manage these types of services. “Before it was about optimizing for perfection,” he said. “But the experience that carriers [like these big retailers] have been through means there will be more contingency plans.”

For example, Zimmerman says that consumer companies will likely plan a boat leasing option that will give them the ability to control a certain amount of product volume even when things return to normal.

The state of the world supply chains has never been seen before, not even during the Great Depression, Zimmerman says. Back then, problems accumulated over time. Now, there are “crazy twists” as the supply chain goes through the many ups and downs of a global pandemic that is not being resolved linearly or simultaneously. “The supply chain has been optimized for very efficient movements. There is nothing left of that now,” he says.