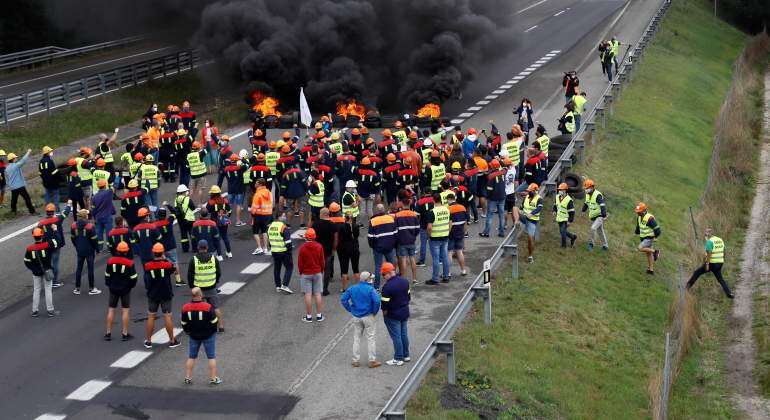 Alcoa opens the doors to start a sale process for the San Ciprián plant from 2022. The company today asked the Minister of Industry to sign an agreement with her department, as well as with the Xunta de Galicia and the unions before next September 15.

In this agreement, Alcoa undertakes to maintain the operations of the plant and not to initiate the collective dismissal until July 31, 2022 in the event that the Supreme Court rules in Alcoa’s favor before that date.

Within one year, the parties were to address the energy problems of the primary aluminum plant and obtain a guaranteed energy price.

As Alcoa has pointed out, the aluminum plant is not viable due to the uncompetitive energy framework in Spain. Alcoa currently pays a final annual average price of around € 90 per MWh, which is more than triple what it pays at any other aluminum plant in the world.

Energy problems cause losses of around $ 1 million per week at the aluminum plant, even in an environment of better aluminum prices.

Alcoa will also undertake to carry out a new direct sale process with potential buyers – after express confirmation of their solvency through State instruments, as offered by the Minister. This sales process, however, would only take place once a long-term supply of competitive energy is guaranteed.

The American company proposes to work until July 31, 2022, in an environment of social peace, in two parallel tracks to guarantee a competitive final energy price for the plant and its potential buyers:

The first would be to work together with the National Government, Xunta de Galicia and one or more energy suppliers, with the aim of making a competitive supply of energy available to the San Ciprián plant as of January 1, 2023.

The second would involve working together with the Government and the Xunta de Galicia, with the aim of establishing a regulatory framework that allows, in combination with the previous point, to guarantee a competitive final price for the plant as of January 1, 2023.

Alcoa’s proposal avoids potential risks, both for workers and for the Company, associated with selling a plant that is not competitive.

The prior sale of the Avilés and La Coruña plants, which was endorsed by the Spanish Government and supported by the workers’ representatives, generated numerous problems as a result of the buyer selling the plants to a third party without Alcoa’s knowledge or consent. , which has ended up leading to the process of judicial intervention.

Alcoa ensures that it is committed to reaching a solution that addresses the concerns of all parties and, in order to achieve that result.