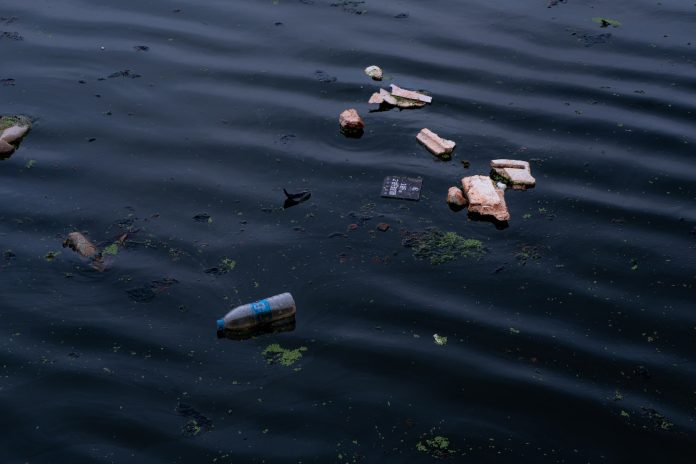 The International Maritime Organisation (IMO) recently implemented a difficult yet vastly important goal for the maritime sector – to decarbonise by 2050. If that goal is to be met, the maritime industry has a long road ahead as stakeholders, owners and operators begin forging a greener, more sustainable path.

Decarbonising the industry is more than simply switching over to carbon-neutral fuels. It also implies the maritime sector will be actively reducing marine pollution and making more of an effort overall to implement more sustainable practices in their day-to-day operations.

So what is marine pollution? And how can the maritime industry kickstart it’s journey to sustainability?

What is marine pollution?

As the name suggests, marine pollution is the contamination of our marine environments. Also known as ocean pollution, this kind of contamination can range from something as simple as a discarded drink can to toxic substances such as an oil spill.

Water is particularly vulnerable to contamination due to its solubility so it’s safe to say that whatever the cause, marine pollution has the potential to ruin our oceans, seas and waterways. This is largely due to the fact pollution can devastate the quality of the water which will eventually result in the destruction of our precious marine ecosystems.

With 80% of marine pollution coming from land, it’s safe to say it isn’t just the vessels and ships at sea causing an issue. Ports and onshore infrastructure also have a large role in the influx of marine pollution, as well as farms, factories, towns and cities.

In the context of the maritime industry, the term marine pollution is typically used to describe the direct outcome of unsustainable processes and practices used in the industry. Although the sector is currently making moves towards environmental sustainability, it continues to rely largely on fossil fuels and as a result, produces 3% of yearly global emissions. As a result, the sector has found itself under increasing pressure in recent years to reduce its greenhouse gas emissions as well as discover additional strategies for decarbonisation.

Ensuring that the maritime industry implements ecologically responsible and sustainable practices involves more than simply lowering carbon emissions. From switching from fossil fuels to more renewable energy to adhering to present and future environmental regulations, businesses, owners and operators working within the maritime sector should seek greener methods and practises when it comes to their daily operations. This is especially pertinent as pressure mounts on the industry to adopt more environmentally sustainable practices.

If the maritime industry going to fully decarbonise by 2050, as laid out by the International Maritime Organisation, it’s going to need multiple levers pulled simultaneously across the industry to spark a so-called green revolution. As a result, stakeholders in the industry, including owners/operators and ship management companies, must commit to the implementation of more environmentally friendly practices and processes that proactively lessen the environmental impact of marine-focused operations without compromising productivity or profitability.

So what steps can the maritime industry take to reduce marine pollution?

Broadly speaking, green retrofitting is the renovation and/or refurbishment of existing infrastructure with the goal of lowering its existing carbon footprint and making it more environmentally sustainable. Green retrofitting is frequently used in the maritime industry to describe the repair and refit of ships, boats and other vessels with sustainable components as well as the onshore infrastructure found at ports.

The road to a carbon-neutral marine sector is paved with difficulties and complexities. However, green retrofitting can be carried out over a longer timescale and consist of smaller projects that don’t necessarily rely on dry docking or operational disruption. As a result, the process of green retrofitting the sector’s onshore and offshore infrastructure has the potential to catalyse green development across the industry as well as move the maritime sector one step closer to decarbonisation.

The goal of zero carbon shipping is to lessen the environmental impact of greenhouse gas emissions by proactively taking steps to decarbonise. Zero carbon shipping in the maritime sector is the decarbonising of ship management services in addition to other key marine-centric operations such as shipping, transportation and the movement of cargo.

Simply putting a stop to operations within the shipping industry is not the answer. This is because the sector transports more than 90% of all global trade annually, meaning without it a number of economies around the world would most likely collapse. The solution instead lies in the implementation of more environmentally sustainable procedures, processes and practices such as green corridors. Establishing green corridors would mean the maritime industry worked to decarbonise specific ports, vessels and transportation routes. Green corridors would not only decarbonise large portions of the sector in one fell swoop but also put pressure on important stakeholders within the sector to follow suit.

The unnecessary waste and garbage produced on board ships and vessels, including single-use plastics, packing materials, cleaning supplies and rags, as well as paper products, food waste, paints, solvents and chemicals, contribute significantly to marine pollution. As a result, treating rubbish carefully and disposing of waste properly is essential for preventing the pollution of our marine ecosystems.

The maximum possible effort should be made in waste management and reduction in order to maintain a pollution-free ocean and allow for a safe and healthy working environment at sea. In order to proactively minimise waste, seafarers who work in the marine sector should actively take part in reducing the quantity of trash produced aboard ships. Ditching single-use plastic in favour of reusable water bottles for example and other more sustainable marine water solutions also plays an important role in the reduction of marine pollution.

The goal of proactive maintenance is to address any problems before they worsen and cause a disturbance. While the maritime industry already practises some preventive maintenance, making sure operations are as proactive and forward-thinking as possible will guarantee that a ship or a port’s infrastructure operates more sustainably and effectively.

Modern proactive processes, such as condition monitoring, also use data analytics to uncover insights and forecast future trends. As a result, companies and organisations operating in the sector can make data-driven decisions that are better for the environment without compromising productivity or profitability. As the maritime sector looks to the future and forges a more sustainable path forward, proactive processes such as condition monitoring and fuel and oil analysis are set to become hugely important as energy efficiency becomes a key process for stakeholders, owners and operators alike.

The International Marine Organization (IMO) recently established the challenging but crucial goal of decarbonising the shipping and maritime industry by 2050.

With 3% of the world’s carbon emissions currently attributed to the operations occurring within the industry, the maritime sector certainly has a long way to go before ultimately achieving that goal. From green retrofitting and implementing green corridors to reducing reliance on single-use plastic, there are a number of processes and practices the maritime industry can utilise to kickstart its journey to a greener future. The time is now.