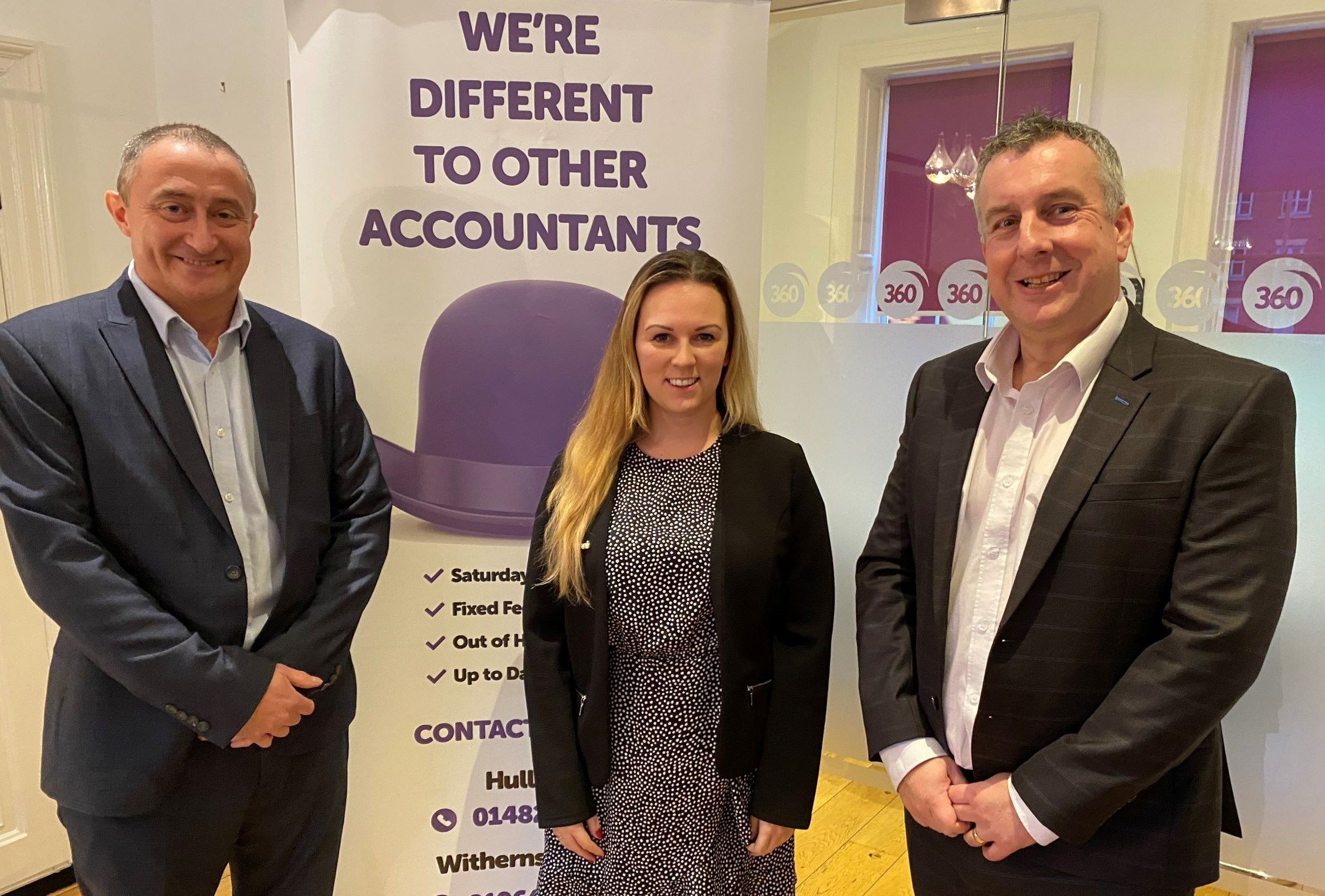 Sophie Holmes joined the firm back in 2011 after completing her ‘A’ Levels and became a fully qualified Chartered Accountant in 2017.  During her time at 360, she has developed her specialist skills and knowledge covering all aspects of accountancy and has dealt with a wide range of clients across various sectors.  As a result of her exceptional work, she was named 360’s Charities Specialist before becoming Corporate Portfolio Manager.

Andy Steele, Director of 360, based in Hull and East Yorkshire, said:

“We are so proud of Sophie and we couldn’t be happier to appoint her as Client Services Director.  She has been a shining light throughout her accountancy career so far.  A strong team player and well respected by her peers and contemporaries, she has also played a key role in helping our new apprentices settle into 360 and start on their own career path in accountancy.

“Her promotion is a testament to the hard work and dedication she has shown and reflects her wide-ranging expertise and record of delivering a first-class experience to our clients. “

During her early career, Sophie reached the final of the ICAEW Apprentice of the Year competition, after winning the regional heat.  She will now lead 360’s team of accountants, trainees and apprentices, providing invaluable experience and knowledge to them whilst ensuring continued excellence in client service which is the cornerstone of 360’s unique offering in the marketplace.  Sophie Holmes said:

“I am very proud to have been offered the role as Client Services Director. I have been with 360 for ten years and I have seen the company grow and evolve over this time. I work with a great team and I am looking forward to getting started in my new role and helping to take the company forward.“

Born and raised in Hull, Sophie is also passionate about rugby league and plays for Hull Kingston Rovers Ladies.