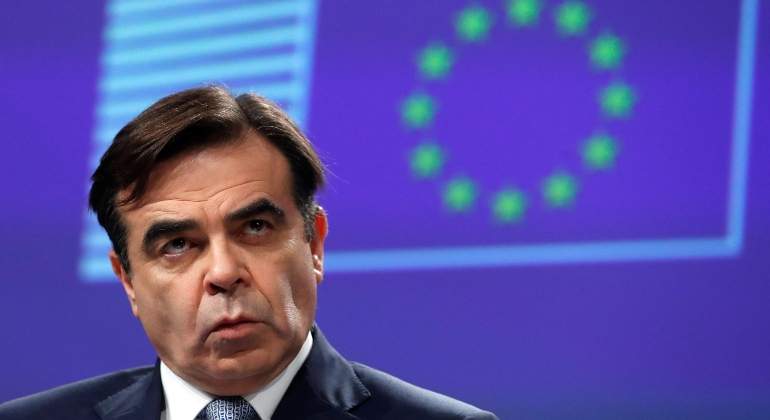 The vice-president and head of Promotion of our European Way of Life of the European Commission, Margaritis Schinas, has highlighted the “funds of historical scope” that the international organization will put on the table and that will have scope in Spanish education .

In this regard, he highlighted the new ‘Erasmus +’ program with a budget of “close to 30,000 million” for the next seven years , which doubles the amount of the previous period and which will benefit ten million young people , and the Recovery and Resilience Funds , which will provide “an unprecedented opportunity” in reforms and investments promoted by member countries in education.

“Spain is a great beneficiary country of both grants and we are at your disposal to optimize the benefit of students and young people” ; He has pointed out both lines during his visit to Salamanca to participate in the opening day of the meeting ‘Dialogue on the future of Education’.

In this act, Schinas was accompanied by the president of the Junta de Castilla y León, Alfonso Fernández Mañueco, the president of the Senate, Ander Gil, the mayor of the city, Carlos García Carbayo, and the rector of the University of Salamanca, Ricardo Rivero, who also participated in the opening ceremony of the day.

In his speech, the European Commissioner indicated that reflection on education “is more important today than ever” and that this forum is being held in Salamanca during these days because it is “the European epicenter of education “, since it houses ” the oldest university in Spain and one of the first in Europe “, a study that already in the 16th century received European students who came to its classrooms called for the knowledge of the School of Salamanca.

About the present, Schinas has pointed out that there is “a period of profound transformation” due to the pandemic, climate change, digital transformation or “global threats” to security and democratic values.

Already in reference to education, which offers “a fundamental dimension” in the process of change, it has encouraged reflection and “open the discussion to all those who want to participate, and take the debate to all corners”.

Gaps in the education system
After reviewing that the pandemic has revealed “shortcomings” such as the difficulties of the most disadvantaged in reaching telematics training, he has reviewed educational projects such as the strategy announced in 2020 to “achieve a European education area” or a plan for digital education action.

He also stressed that the European Commission “will propose three concrete measures” in 2022 to improve digitization and digital skills, excellence that fosters the “world leadership” position of European universities or concrete proposals for youth.