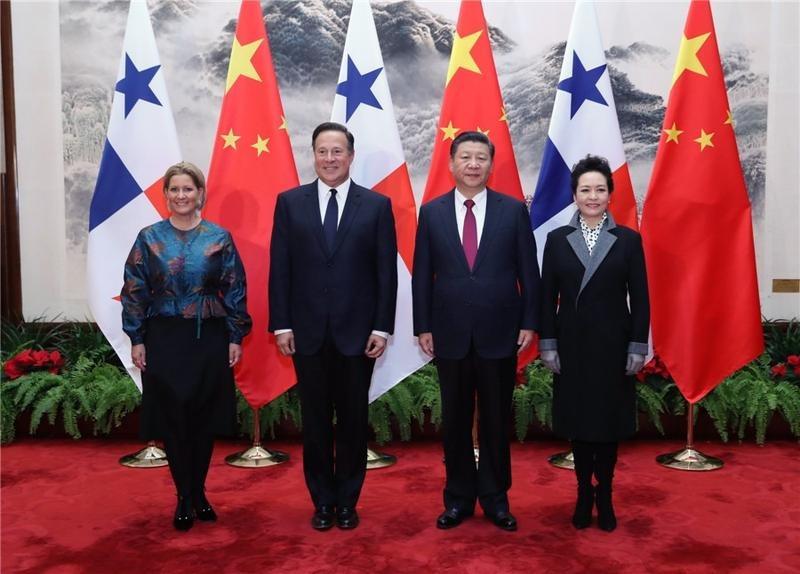 For Wei Qiang, Ambassador of the People’s Republic of China in Panama , October 21 is a memorable day. Three years ago on a day like today, “I got up early for the first time in Panama as the ambassador of China, accredited in this beautiful country.”

Four months earlier, in June 2017, Panama established diplomatic relations “with the vehement desire to build a relationship of association, cooperation and win in pursuit of the goal of common development,” he said.

Ambassador Wei Qiang stressed that a second reason for satisfaction, regarding this day, was the possibility of participating, and opening the Forum organized by Capital Financiero and Connectax, China and the business opportunities in the post-COVID-19 economy .

The event took place this Wednesday, October 21, moderated by Hitler Cigarruista, director of Financial Capital and with the sponsorship of the Embassy of the People’s Republic of China in the Republic of Panama.

The ambassador said he was convinced that China and Panama “are destined to be natural partners to carry out good business with each other, and generate benefits for both parties, given the extraordinary geographical position of Panama that radiates to the rest of the region.”

When carrying out an evaluation of these three years, he said that “the commercial flow has registered continuous and very strong growth between China and Panama.” He points out that in terms of volume, and according to statistical data from the United Nations (UN), China was “Panama’s first commercial partner”.

It is worth mentioning, he added, that this upward trend in our bilateral trade has a favorable connotation from the point of view of the trade balance, with the increase in Panamanian exports : meat, aquatic products or copper ore.

In this way, he argued, the traditional direction and sense of this bilateral exchange was reversed, still with a modest margin.

“The Chinese market is dynamic and above all large, broad, and of increasing depth in terms of purchasing power, as the number of middle-class consumers increases,” he explained.

He analyzed that this scenario is further strengthened “by the resolute policy of openness with which the Chinese government is committed, in line with its effort to promote economic globalization in a direction of more equity, inclusion and general benefits, always advocating for in favor of trade liberalization and facilitation ”.

You can watch the video again here

China and Covid-19
The Ambassador Wei Qiang admitted that the world faces difficult times of economic crisis and unprecedented socio economic circumstances. He said that China , even though it was the first victim of the pandemic, as the second global economy, and with its resilience, can impact the rest of the world.

He argued that the Chinese reaction to COVID-19 has been based on the philosophy “of the Chinese State to put human life and security in the most sacred place, by adopting the corresponding public policies, whatever the cost in economic terms.”

He said they were the most drastic measures “and never seen in the 70 years of life of the ROC”, with hermetic closures of the borders, the discipline of its citizens and the investment of resources “without sparing that effort in terms of providing human and material resources to save lives ”.

The first semester closed in China with a contraction in its economy of -6.8% , “the first fall in more than 40 years”. “Faced with this bleak picture, the Chinese government was not discouraged; he was optimistic and confident in the post- covid recovery, ”the ambassador said.