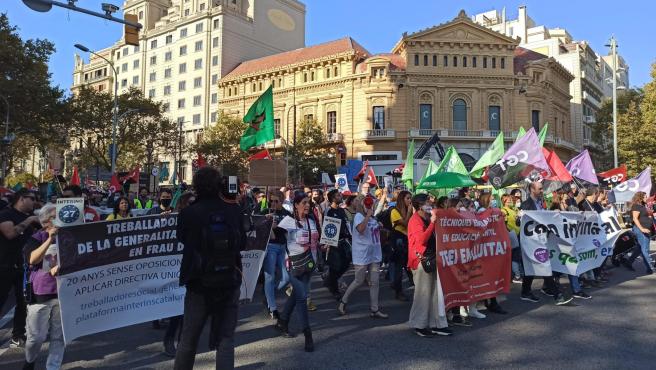 The rise in prices has caused the establishment of officials who demand from the Executive a salary increase 1.5 points above the CPI.

The unions had already said that they rejected the government’s proposal to raise the salary of civil servants by 2%, considering that this figure is insufficient, since it is below inflation and that, in real terms, it would entail a loss of purchasing power. The CPI closes the month of October at 5.5%, according to the data advanced by the INE, while the salaries of civil servants experienced an increase of 0.9% in 2021.

Now, the most representative unions of the collective are maneuvering to introduce modifications in the General State Budgets and review this rise, with the aim of reaching a two-year agreement that guarantees a salary improvement in the CPI plus a point and a half , as a formula to start to recover part of the purchasing power lost over the last decade, according to La Información published this Friday .

The unions explain that their intention is to reach a two-year agreement, with increases in the average CPI for the current year plus 1.5 points each year. Union sources have advanced to La Información that they are working on the amendments to the PGE through different parliamentary groups. The approach, they say, is “to begin to recover from the decline in purchasing power of more than 10% that we have suffered since the previous crisis.”

In front they are at the moment with a wall. The Ministry of Finance has advanced that the improvement of this budget item, at least in the public accounts for next year, is absolutely ruled out because it is not feasible to “raise the spending ceiling.” What they do not refuse is to agree to an extra that is materialized in contributions to pension plans.