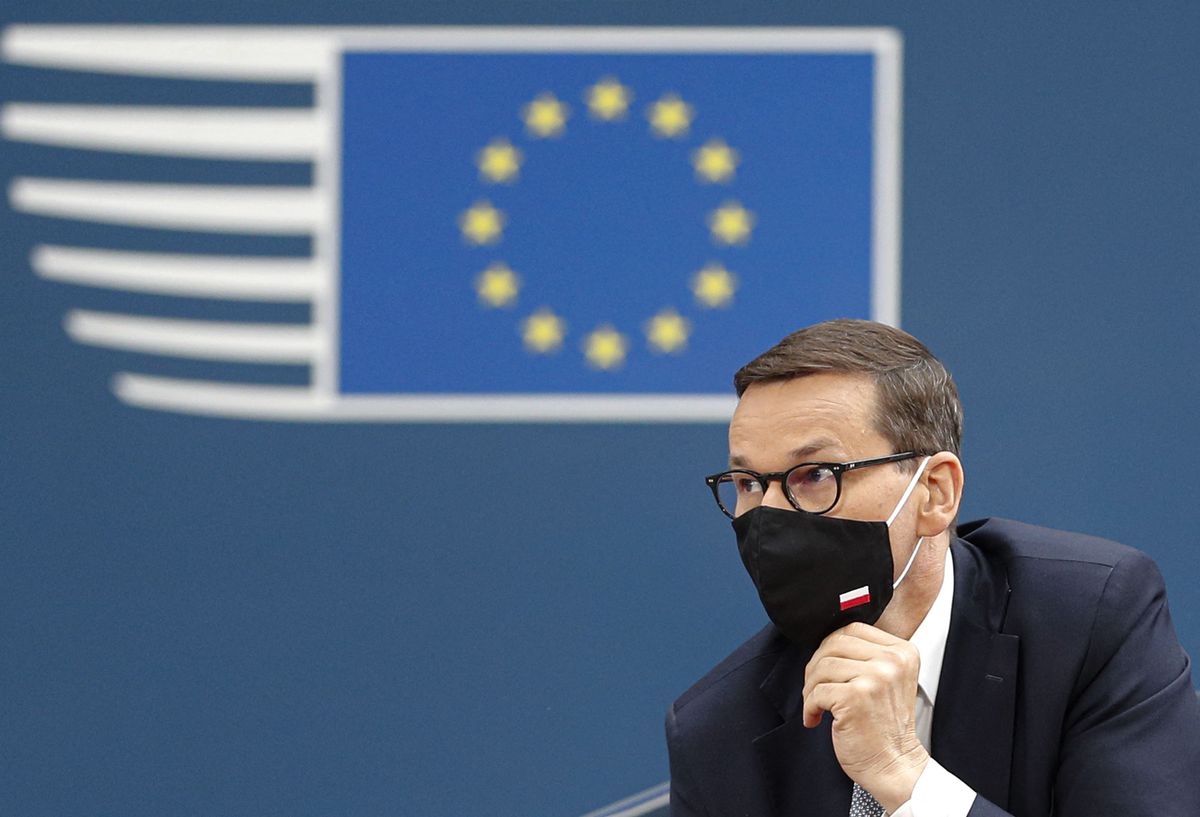 In the purest style of the Hungarian Viktor Orban, the Prime Minister of Poland, Mateusz Morawiecki , will go to the headquarters of the European Parliament in Strasbourg on Tuesday to defend in person the ruling of the Polish Constitutional Court that questions the primacy of European legislation and considers incompatible with the Polish Constitutionvarious articles of the EU treaties.

A counterattack that started this Monday with an extensive letter sent to the presidents of the European institutions – the European Council, the Commission and the European Parliament – as well as to the rest of the EU leaders in which it warns of the risk that institutions without democratic control govern the EU, usurp powers that do not correspond to them and impose their will.

The backlash of Morawiecki, on the eve of the parliamentary debate four days already a European Council in which is not provided for a discussion to Veintisiete but it seems difficult to avoid despite the lack of appetite Berlin and Paris, has coincided with the announcement of its Minister of Justice, Zbigniew Ziobro , of his intention to request that Germany be denounced to the CJEU for the system of electing judges, which, he argues, also raises doubts regarding their independence.

An element that adds ammunition and raises a few degrees more the tension around judicial reforms , compliance with the CJEU rulings , the blocking of the recovery plan Polish – of 36,000 million euros – and the activation of the conditionality mechanism, one of the tools that the EU has had since the beginning of the year and that allows suspending the delivery of European aid in case of systemic misuse of the budget and recovery funds.

Although in the letter the ultra-conservative Polish assures that his country will continue to be a “loyal member” of the EU, that it respects European law and that it recognizes its primacy of European law over national laws in areas of European competence, it warns that this respect does not it is unlimited .

“The powers of the EU bodies extend only to issues that we have entrusted to them in the treaties” and “attempts to extend them cannot be accepted,” he says. Moreover, it warns that in all countries, the Constitution retains its primacy and that the Polish Constitutional has not done anything that the courts of Germany, France, Italy, Spain, Denmark, Romania or the Czech Republic have not done in the past .

Notice to Twenty-seven
In this sense, it warns against what defines a “dangerous phenomenon that threatens the future of the union” as it is that a centralized body by institutions without democratic control usurps powers that have not been conferred by the treaties. “If we don’t stop this phenomenon, we will all feel its negative effects. Today it can affect only one country and tomorrow, with another pretext, another ”, he warns the rest of the European leaders in the sense that today it is Poland who is in the spotlight but tomorrow it could be anyone.

“We are facing a very dangerous phenomenon whereby various EU institutions usurp powers they do not have and impose their will on the Member States ‘per fas et netas’. This is particularly evident today because financial instruments are being used for this purpose.

Without any legal basis there is an attempt to force member states to do what the EU institutions tell them to do, regardless of any legal basis to impose those demands ”, accuses Morawiecki insisting that the 27 governments -“ States free, equal and sovereign ”- they should not accept this practice. “Not only because it is illegal but because it is dangerous for the continuity of the EU” because it “weakens all the Member States”, he predicts.