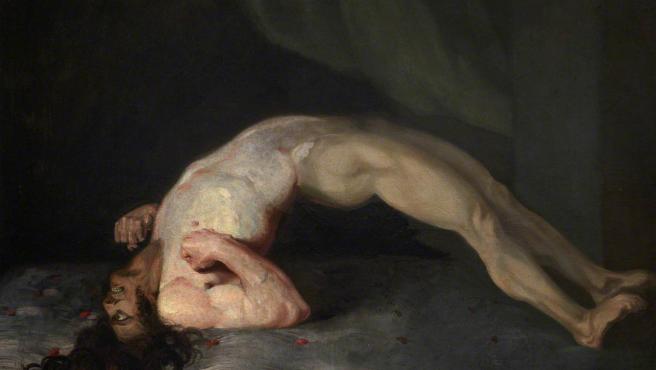 In the West, many people will have the memory of being vaccinated against tetanus after having sustained a deep cut or wound. Thanks to this strategy, the disease is very rare in developed countries, but like so many others it is still present in the most disadvantaged countries as another reminder of the damage that inequality causes to millions of people.

What is tetanus? What are your causes?
Tetanus is an infectious disease that attacks the nervous system and is caused by the toxin produced by the bacterium Clostridium tetani. It is a pathogen that survives in the soil and in the feces of animals in a latent way, inactive until it finds a suitable habitat for its development. The bacteria then begin to release a toxin called tetanospamine, which affects the nerves in the body that control muscles.

As such, it is spread in unvaccinated people (or who are not up to date with the vaccination schedule) through cuts or wounds exposed to the ground, the introduction of foreign bodies (such as nails, crystals or splinters) into the wound, the Sharing drug syringes with an infected person or through the umbilical cord if the mother is infected.

In addition, a history of immunosuppressive diseases and diabetes act as risk factors for tetanus.

What are your symptoms?
Tetanus symptoms appear after an incubation period of between 3 and 21 days, the most common being around 10.

The most common form is the so-called generalized tetanus , in which the symptoms affect the whole body, begin gradually and worsen over time.

The clearest signs of tetanus are painful muscle spasms, muscle stiffness in the jaw, lips, neck, and abdomen, and difficulty swallowing.

Over time, the patient may experience generalized and repeated seizure-like spasms that last several minutes and are usually triggered by sensory stimulation, arching the neck and back. Stiffness appears in the legs, the arms flex and are brought towards the neck, the fists contract, and stiffness in the neck and abdomen can make it difficult to breathe.

In these advanced stages, characteristic symptoms may coincide with others such as changes in blood pressure , rapid heart rate, fever, and extreme sweating.

If the disease progresses, the patient may suffer fractures (including the spinal column) from spasms or die from airway obstruction during spasms or nerve damage.

How is it treated?
There is no cure, as such, for tetanus; the strategy focuses on addressing symptoms and supportive care.

First, the wound through which bacteria may have entered the body must be treated to remove dirt and any debris or foreign objects that may harbor bacteria, as well as remove any dead tissue that may be in it.

On the other hand, a human antibody can be administered as an antitoxin in order to eliminate all that is already in the body but has not yet attacked the nervous tissues. Also, sedatives can help minimize muscle spasms.

Using the vaccine after a wound is a preventative measure that can help the body kill bacteria that may have entered the wound before they overgrow, and antibiotics can help kill bacteria.

In general, mortality from tetanus is between 20% and 70%.