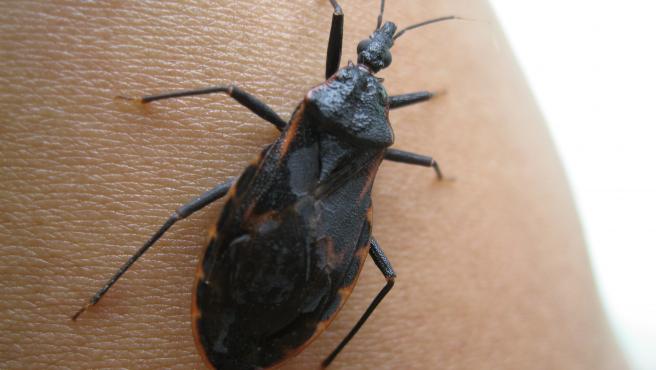 Once confined to rural areas of Latin America, Chagas disease is a life-threatening disease that we increasingly see emerging outside its endemic area, a grim example of the health dangers that globalization brings.

What is Chagas disease? What are your causes?
Chagas disease, or American trypanosomiasis, is an infectious disease caused by the Trypanosoma cruzi parasite . It can be acute (brief and sudden) or chronic (maintained over time) and present at various levels of severity, and as we said, it can be fatal.

The parasite, a protozoan, is found in the feces of insects belonging to the Triatominae family (a type of bedbug), present in South America, which explains its endemism in these areas. Most of these insects are blood-sucking, meaning that they bite humans to feed on their blood, thus creating the perfect gateway for the pathogen (which then only needs the insect’s feces or urine to come into contact with The sting).

Other possible routes of contact are the consumption of contaminated food , by transfusion of blood from infected donors, from mother to child during pregnancy or delivery, by transplantation of infected organs and by laboratory accidents.

What are your symptoms?
In its acute form, which usually occurs early in the infection, Chagas disease is usually asymptomatic . In rare cases, a skin lesion may appear at the site of the bite (when it occurs on the eyelids, which is common, it is called Romaña’s sign) and signs such as fever, headaches, swollen lymph nodes, paleness may occur. , muscle pain, shortness of breath, and abdominal or chest pain.

On the other hand, in its chronic manifestation (in which the parasite is lodged in the heart and digestive muscle and in the nervous system) it is characterized by cardiac alterations (mainly arrhythmias and cardiomyopathy), digestive alterations (enlargement of the esophagus and colon ) and neurological disorders such as dementia.

How is it treated?
Although treatments for Chagas disease are few and relatively ineffective, if applied early they can make a difference. Specifically, it is important to start treating the disease in the acute phase and in the indeterminate or intermediate phase, which usually ensures that it does not become chronic.

The focus is on the use of medications. At present, there are specifically three available: nifurtimox, benznidazole (which control the disease and prevent chronification but do not kill the pathogen) and posaconazole (which is usually combined with amiodarone and does kill the parasite).