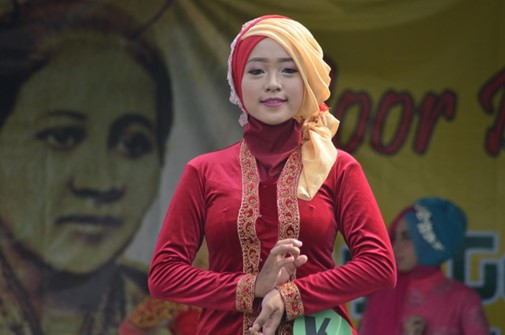 Baju kebaya is a traditional South-East Asian garment that originated in Indonesia during the 15th century. This charming outfit has a long history and is still an icon in the fashion world today, and fashionistas need to take notice of these elegant designs. The baju kebaya has evolved over time, but it still holds its roots close to tradition. If you’re looking for something fancy or casual to add to your wardrobe, there’s a baju kebaya to add a mix of traditional and modern to your style. Here are nine different styles of baju kebaya that you can add to your wardrobe.

Despite originating from Indonesia, the famous kebaya nyonya rendition of this outfit was created by the Baba Peranakan community in Malaysia. It’s made from sheer fabric with beautiful handmade embroidery all around it. The embroidery designs take up a lot of the outfit and tend to include themes based on Malaysia’s beautiful flora and fauna.

This outfit is typically paired with a sarong but is styled up with accessories such as hairpins, a belt and hand-beaded shoes for formal occasions.

This style uses thicker cotton fabric with a V-line collar, giving the wearer a taller and slimmer look. It is also a minimalistic design with some stitching or lace around the edges of the outfit.

The Kebaya Java is the mother of all baju kebayas. It’s named after its place of origin, Java, and was prominently known as a symbol of racial solidarity. Female Indonesian prisoners insisted on wearing this kebaya instead of the western dresses allocated to them during World War II.

This kebaya is often made from silk or velvet and dons floral patterns, embroidery and sequins. This kebaya doesn’t usually feature buttons. Instead, a decorative brooch is used to fasten the opening down the front of the blouse. The outfit is completed with a sarong around the body.

Some consider the Kebaya Panjang to be the first rendition of this blouse. It was worn in Java and Sumatra and was said to have been modelled after the regal clothing worn by the upper class in the Middle East, Central Asia and India.

This kebaya features an opening down the centre that is fastened by gold and silver brooches and is paired with a torso wrap and sarong around the hips. It is usually made from cotton and features a loose, knee-length tunic.

Even though the baju kebaya originated in Indonesia during the 15th century, women in Bali only adopted the style between the late 19th and 20th centuries.

Similar to the Kebaya Java, the Kebaya Bali also features the V-line collar. However, this rendition has shorter sleeves and buttons are added to fasten the blouse instead of using gold and silver brooches. Another notable difference is the sash wrapped around the waist.

The Kebaya Kutubaru is another one that originated from Java, donning a similar style to the Kebaya Java. This kebaya has an extra piece of fabric to connect the opening down the middle of the blouse. The rectangular-shaped opening at the front mimics the style of an unbuttoned kebaya. It looks like an undershirt beneath a blazer, worn with a skirt or rubber corset.

Popular among the Sundanese community of West Java and Banten, this design is unique to this group of people. These kebayas are commonly worn as wedding dresses and are embroidered with beads and floral patterns. It features a longer tail inspired by European wedding cultural norms. The U-collar neckline flatters the slim-fitting form of the blouse.

During the Dutch colonisation of Indonesia, European and Eurasian women picked up Indonesian fashion and included it in their daily life. The Europeans found it difficult to withstand the Asian heat. So, they started wearing this cooling long Kebaya Noni or Eurasian Kebaya for formal and social gatherings. The Kebaya Noni used light-coloured and cooling fabrics, which made it comfortable to wear in the heat.

The Baju Kebaya Modern takes a fresh take on traditional style. There are so many styles of this blouse that you can get one to suit any style. This kebaya is usually made from comfortable cotton or polyester fabrics. You can go for style and comfort at the same time as you can get either a relaxed, loose fit or slim fit. This kebaya comes in many colours and features beautiful flower lace designs, embroidery and shoulder pads to give you a broader frame.

Are you going to include any of these baju kebayas in your wardrobe?