There Is No Shortage Of Professionals, But Companies Willing To Pay Fairly 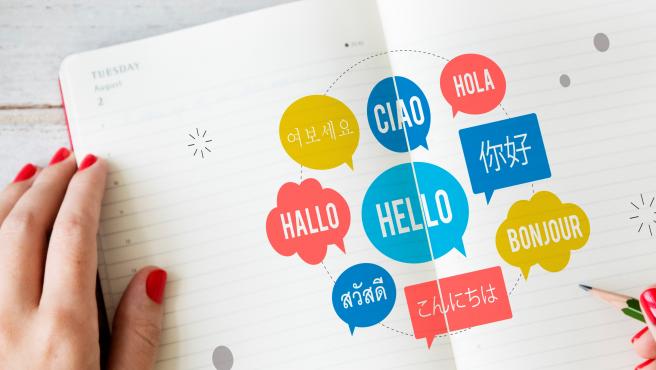 Due to the crisis facing the translation sector , mainly driven by an unparalleled content boom fueled by the rise of streaming platforms and a precarious situation in which series and series are dubbed and subtitled. movies, last week at 20BITS we published a report talking about the state of this industry and the technological possibilities that exist to improve the situation, if there are any.

We then spoke with the Spanish Association for Audiovisual Translation and Adaptation (ATRAE) , which a posteriori wanted to insist that the industry is not facing a shortage of translators: “On the contrary, in fact, there is more demand for translators and the University degree and postgraduate translation offerings have increased considerably in recent years ”, underlines a spokesperson. As regards training, currently 36 Spanish universities offer Translation studies.

This statement is supported by some data, such as that only in ATRAE there are more than 500 members and the Red Vértice, the grouping of the different associations of translators, estimates the number of its members in Spanish territory at 6,000.

“We insist once again that the problems we see in the audiovisual industry are not due to a lack of professionals. If something is missing, in any case, it is the companies willing to fairly remunerate the translation professionals . Therefore, the problem is that these companies strive to reduce costs to the detriment of the rest of the links in the production chain. The latter is what we have been alerting for a long time from ATRAE and what we would like the users of streaming platforms to be aware of in order to demand quality in exchange for the services they pay, ”the association highlights.

Although the controversy has recently been unleashed with the launch of the popular Netflix series ‘ The Squid Game ‘ and its poor translation in the subtitles, which was brought to light by the Korean-American bilingual influencer Youngmi Mayer, the problem is long .

This audiovisual production was translated automatically by the multinational company Iyuno . The use and application of this technique “to the field of creative translations, such as audiovisual or literary translations, has proven to be deficient”, they assure from ATRAE. This opinion is shared even by professionals who are dedicated to the development of this technology, such as the company TransPerfect, which we also interviewed in the aforementioned news item .

The company pointed out that automatic translation becomes more difficult in more creative fields , since it is necessary to assess not only the words, but also the cultural, social and emotional context that surrounds them, especially with subtitles. “Translators and linguists are still needed today,” especially with regard to audiovisual content, they commented.

“Large companies in the localization sector such as Iyuno have been trying for some time to sneak this tool as a great technological advance with the sole objective of filling their pockets even more at the cost of making the self-employed precarious with a reduction in their already shameful rates. It should be noted that, precisely, Iyuno has been on a blacklist for months due to business malpractice ”, they conclude from ATRAE.

The last rise in Spain occurred in June 2019.
This precariousness of the profession was already indicated in the original article to which we refer , noting that there are companies and intermediaries that offer conditions that are not viable for a self-employed professional who intends to make a living from their work.

“ The rush and poor working conditions not only affect the audiovisual translation and adaptation sector, but by affecting the resulting product , it ultimately harms the viewer, who does not receive a product worth the price they pay for it. ”, Said Josep Llurba, president of the Association of Audiovisual Translation and Adaptation of Spain.