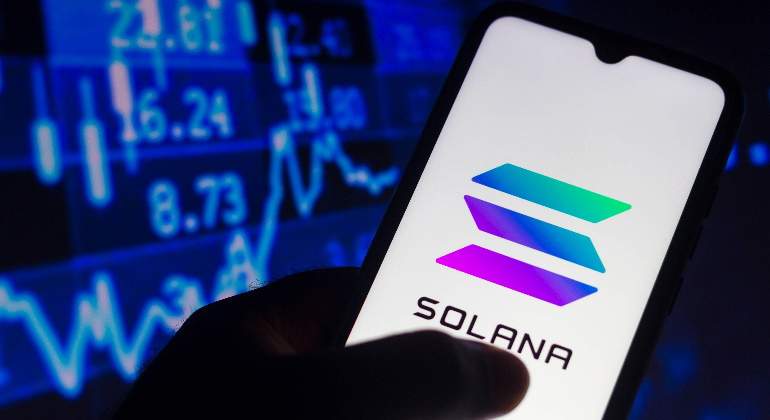 In the early stages of any market, competitors are sprouting up everywhere in the hope of taking a big chunk of the pie when the market is mature. But in an environment as variable as that of cryptocurrencies, this competition is palpable and verifiable minute by minute. The cryptocurrency Solana, using its own blockchain, aspires to unseat Ethereum and, for the moment, has entered the top 10 of the cryptocurrencies by capitalization.

In this way, the value of the SOL, as its cryptocurrency is called, has increased by 300% in the last month and almost 8,000% so far this year, exceeding 42,000 million dollars in capitalization. This currently places it as the seventh cryptocurrency in the rankings, beating the much more well-known Dogecoin.

The digital currency has increased its value more than 60% in the last week, driven by the call of this company for a global hackathon – a ‘hacking marathon’, of computer creation – that will run until October 8 and will distribute up to $ 5 million in prizes for the best projects developed on the Solana blockchain.

And this is the differential element that the company tries to sell. From Solana they assure that their blockchain is “the fastest in the world” and the one with the fastest growth. They claim to be the basis for more than 400 non-fungible token (NFT) and decentralized finance (DeFi) projects, two of the most fashionable trends in the world of virtual exchanges.

The Solana project is based in Geneva (Switzerland) and technologically draws from the white paper that its creator, Anatoly Yakovenko, published ensuring that with a different model of blockchain architecture supported by what he called “Proof of History” -a different way of coding the passage of time on the blockchain – the number of transactions per second could skyrocket, up to 710,000 operations on a gigabit network.

Yakovenko, who had previously worked for Qualcomm and Dropbox , among others, published the document in November 2017. Together with other former Qualcomm colleagues, in 2018 they created a blockchain prototype based on the white paper that they renamed Solana, in honor of the Solana Beach, an American town in San Diego, where the team lived for three years.

Its official launch did not arrive until March 2020, but in just over a year it has placed itself in the Olympus of cryptocurrencies and decentralized finance. And, although Ethereum multiplies its current capitalization by ten , it is not unreasonable to think that a powerful rival has emerged that can steal a significant part of its market share.