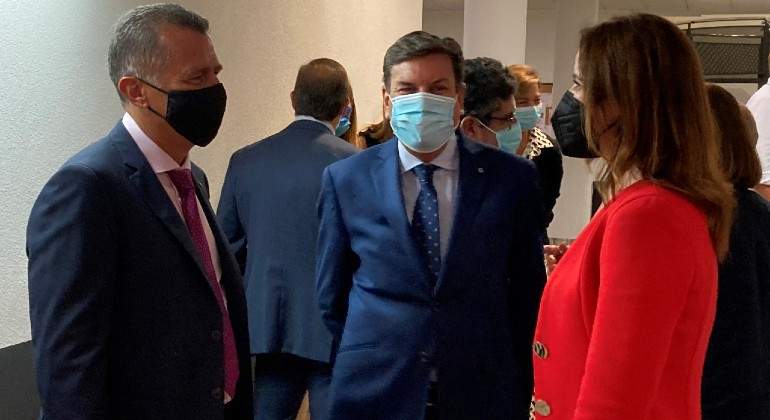 The Minister of Economy and Finance of Castilla y León, Carlos Fernández Carriedo, has urged the Government this Friday to define as soon as possible if it will maintain the Covid Fund for 2022 so that the Community can prepare its budgets for next year with all the guarantees and without the obligation to undertake cuts.

The request has been formulated again by the Board during the inauguration ceremony of the new Comptroller General of the Community, José María Martínez Marcos, who thus takes over from his predecessor in office, Santiago Salas, on the occasion of his retirement, when the Minister of Economy and Finance claims to be able to know as soon as possible from the central Administration a series of data, “very particularly” that of whether there will be a Covid Fund again, in order to move decisively forward in the preparation of the new budgets of the community.

And, as Fernández Carriedo has recalled, in statements collected by Europa Press, 2022 will still be a year marked by the effects of the pandemic , not only in terms of the need to administer new vaccines but also in other areas such as protection measures in Social Services or those that will have to continue to be implemented from an educational point of view to guarantee face-to-face education.

” That is why we vindicate that Covid Fund and the Government would do wrong to force the autonomous communities to make cuts in the main public services to go from the current endowment to eliminate it completely. This fund is essential to adequately advance in the budget,” he said. emphasized the counselor.

The order for the preparation of the budget has already been called and so far a first functional commission of general secretaries has been held, which, as Fernández Carriedo has announced, will be followed by another next September.

In addition, Fernández Carriedo has taken the opportunity to also demand from the Government of Pedro Sánchez that the European Economic Recovery Funds be distributed with a series of criteria to address the particularities of Castilla y León, both from the point of view of the fight against depopulation and so that said resources do not come with “excessively ideological” decisions that prevent the different Autonomous Communities from applying these aid according to their respective realities and in “time and form”.

During the inauguration ceremony of the new Comptroller General of Castilla y León, the counselor, in addition to thanking the outgoing and his dedication and wishing the incoming best of luck, highlighted the work carried out by said department, “a benchmark for all of Spain and this Community “, and recalled the important work that is carried out from the same in terms of the audit of files, accounting and monitoring of other issues.

As challenges in this area, Fernández Carriedo has cited the preparation of a new General Accounting Plan and the monitoring of the European Funds and the Next Generation.