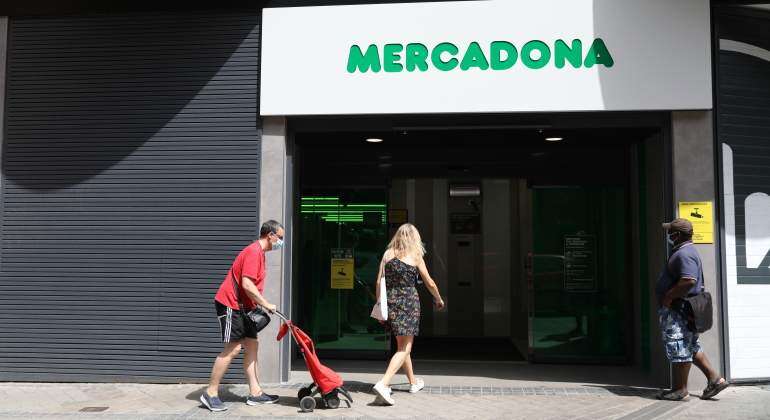 Since the beginning of the COVID-19 pandemic was decreed, the different supermarket chains have changed their habits of selling to the public. Masks, gels or different utensils focused on the coronavirus have been leading the shelves that will now have even antigen tests. At least in the Mercadona of Portugal , which join a list of European countries where, for the moment, Spain is not.

During these last days, the Government of Portugal has authorized that antigen tests to detect covid-19 at home can be sold in supermarkets. A measure that thus extends the sale that was already taking place in pharmacies and therefore the great Spanish chain par excellence, which has establishments in the neighboring country, will be able to start having these in its product catalog.

And it is that Mercadona already sells antigen tests from this Friday in the 23 centers that it has in the Portuguese country, with a greater focus on Lisbon and Porto and their surroundings. A detention test that costs 2.10 euros , is manufactured by Genrui Biotech and includes a test strip, an extraction tube, a bag of bio-safe samples and instructions for use.

With this, Mercadona will contribute in Portugal to increase diagnostic capacity with a very large focus on young people, as in Spain, in the center of attention these days due to their greater mobility while not all are vaccinated as is the case with the older population.

When will the antigens arrive at Mercadona in Spain?
All this announcement has led us to wonder if the same can be witnessed in Spain, where Mercadona has its headquarters and its large fleet of establishments and employees. For now, the company has made it clear that it does not contemplate this option since the sale in the country in supermarkets is not approved.

The price of antigen tests in Spain is almost five times the cost in Portugal
Measure that Portugal has already adopted, thus joining other European countries where Germany stands out. In the German country, Lidl and Aldi have been selling antigen tests for several months in a measure that several experts have asked the Spanish authorities to copy.

For now, without predictions that this is the case, antigen tests to perform oneself can only be purchased in Spain in pharmacies . Of course, at a much higher price than Mercadona sells them in Portugal, buying one is around 10 euros in these establishments.