Inflation Returns In Spain And Is Expected To Continue Rising 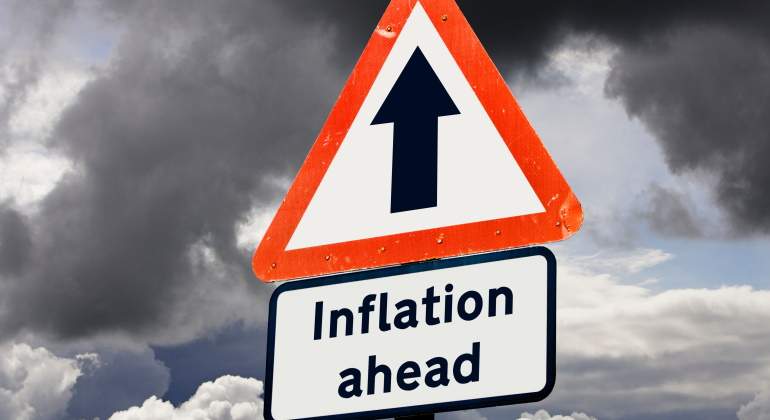 The market continues to look for signs in the macroeconomic data on the direction that the US Federal Reserve (Fed) may take in the monetary policy of central banks for the next few months. In this sense, next week investors will find a good track to follow in the inflation rate for the month of June, which will be released on Tuesday.

According to the forecasts made by the Bloomberg consensus , the US consumer price index (CPI) will continue to rise, and will grow by 0.5% compared to May and 4.9% compared to the same month of the year Previously, although the president of the American entity, Jerome Powell, acknowledged last June that although the price increase is not acceptable, he insisted that it is related to temporary factors and expects it to fall in the coming months .

“It is very likely that much of the inflation that we are currently experiencing is transitory. Second-hand car prices will normalize once supply problems are resolved, base effects will naturally disappear, and fiscal stimulus may have reached its peak, which will limit the new rise in commodity prices “, analyzes François Rimeu, senior strategist at La Française AM.

Also next week the inflation data will be published: for Germany on Tuesday, for Spain on Thursday and for the euro area as a whole on Friday. In the latter case, it will rebound by 0.3% compared to the previous month and 1.9% compared to June last year.

“Looking ahead, markets are likely to continue to focus on core inflation dynamics as global inflation indicators, which have already gained momentum since the beginning of the year, rose again last month due to baseline effects. more marked, the higher prices of raw materials, the reduction of production gaps and bottlenecks, which become increasingly visible as economies return to normal “, highlights Stefan Scheurer, director of analysis at Allianz Global Investors.

One eye on China and the other on Europe
The market will also focus on China, which will release its trade balance on Tuesday. In May, exports advanced 1.4% year-on-year, while imports fell 12.7% during the same period due to the impact of the coronavirus pandemic across the planet. Forecasts point to this time at $ 44.4 trillion compared to $ 45.5 trillion in the previous survey.

It will not be the only appointment with the Asian giant. Two days later it will report on the Gross Domestic Product (GDP) corresponding to the first semester of 2021. Between the months of January and March, the indicator increased by 18.3% year-on-year due, in part, to the base effect of the previous year, marked due to the Covid-19 health crisis. Experts expect GDP to grow 8% in the second quarter.

“Overall, China’s growth is expected to continue to slow down, so that in the second half of the year more voices should be heard in favor of supportive measures (of monetary and fiscal policy),” says the expert from the French manager.

Back in the Old Continent, on Monday the Eurogroup meeting will take place and on Tuesday, the Eurocofin meeting in which the ministers of Economy and Finance of the Eurozone are expected to sit down to authorize the projects presented by the countries to the funds. Next Generation recovery , with the aim that the first deliveries in advance are produced by the end of the month.

Spain is expected to receive € 9 billion now and another € 10 billion will arrive in December. The Spanish program contemplates direct aid of 69,500 million euros to implement digital and sustainable projects – the highest amount of all the plans presented by the Member States.

Finally, on Tuesday the OECD will publish an analysis on why some countries, sectors, companies and workers have weathered the Covid crisis better than others. On Wednesday, the Eurostat office will report data on industrial production in the region in May 2021. On Thursday it will release the harmonized index of consumer prices for the eurozone and the EU for June as well as data on international trade in goods in the EU in May 2021.